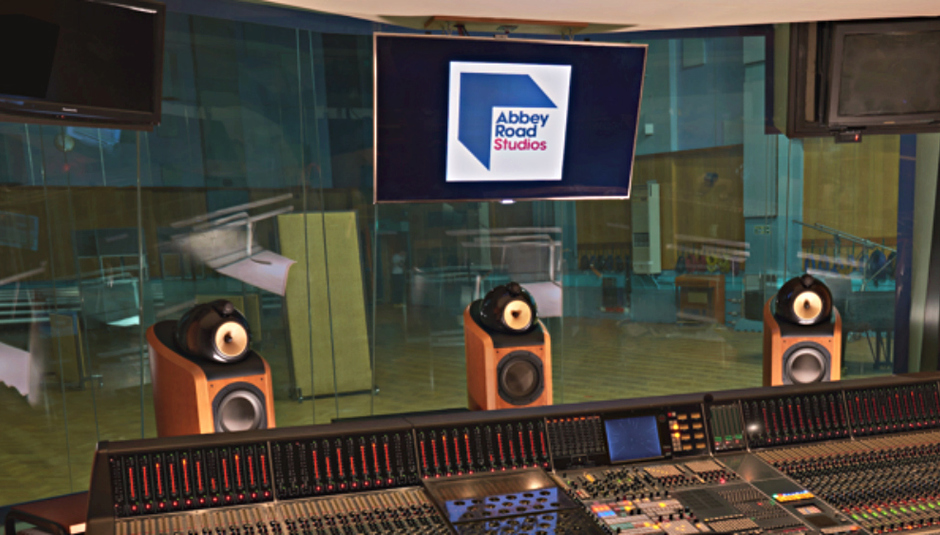 Two of the world’s most esteemed audio brands join forces.

DiS has listened to many great albums and film scores/audio recorded, mixed and/or mastered (including a few that we've released on our DiS label) at the legendary Abbey Road Studios, and we've experienced Bowers & Wilkins' incredible soundsystem at Øyafestivalen, Primavera and Womad, so we're thrilled to hear that these two companies have entered into a partnership.

The partnership sees Bowers & Wilkins named as Abbey Road Studios’ Official Speaker and Headphone partner. The selection was based on Bowers & Wilkins’ long-standing commitment to performance audio for both studio and home use, as well as their product being the preferred speaker of Abbey Road’s award-winning engineers.

Bowers & Wilkins - who have over 50 years of experience in audio excellence will be the speakers and headphones of choice throughout the legendary Abbey Road Studios, bringing best-in-class reference monitoring to the legendary Studios One, Two and Three, as well as The Gatehouse and The Front Room - two new studios opened in 2017. Abbey Road will adopt the Bowers & Wilkins flagship 800 Series Diamond; 800 D3 loudspeakers, which are hailed as delivering the most accurate reproduction of audio to date in these studios.

The new partnership will see the two brands collaborate on a variety of engineering initiatives, bringing the teams together to further the goal of creating the most accurate recording and listening experiences possible for both studio and home use.

In what is a transformative time for Abbey Road Studios and Bowers & Wilkins, both brands are pursuing exciting growth and innovation agendas:

“We are delighted to be embarking on an audio partnership with Bowers & Wilkins, who share our passion for creative excellence, innovation and the highest quality audio. By working with Bowers & Wilkins, our engineers can continue to deliver the best possible studio experience for our clients, and ensure that the passion and craftsmanship that goes into every recording can be translated to the home, just as the artist intended.”

Bowers & Wilkins has reaffirmed its long-standing commitment to the highest quality performance audio across luxury home speakers, headphones, custom installation and performance car audio. Within the last year, Bowers & Wilkins has introduced a series of new products to critical acclaim, including the 700 Series for the home, as well as the brand’s first Wireless Noise Cancelling Headphones, the PX. Under the partnership, Bowers & Wilkins products including the world-renowned 800 D3, among others, will be installed throughout Abbey Road Studios to deliver the most accurate sound experience possible to recording artists.

“We are thrilled to see Abbey Road Studios and Bowers & Wilkins working together in this partnership. We are passionate about delivering the highest quality and most accurate sound possible, from the most demanding studio environments in the world right into people’s living rooms. Abbey Road Studios has an incredible legacy of cultivating some of the most talented musicians of the last 86 years, and we’re delighted to be helping extend that quality of audio experience to the next generation of musicians to work in these legendary studios.”