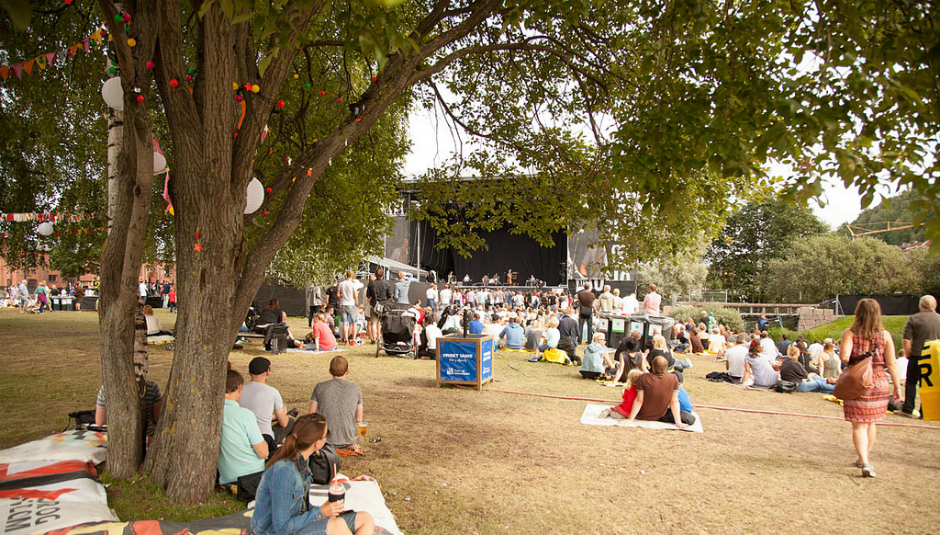 If history has taught us anything, it’s never to trust a man with a moustache, and that Scandinavians know their pop music. Sweden has traditionally scooped the lion’s share of this prestige, but in recent years Norway has seen something of a cultural resurgence.

Röyksopp & Robyn and Todd Terje have scooped up a wealth of plaudits while newcomers like Emilie Nicolas and The Pinkertons are worth keeping an eye on. Tying this ragtag collective is Oya Festival, which is held next week in Tøyenparken, Oslo. Alongside this homegrown talent is a smorgasbord of longtime Drowned In Sound favourites including Neutral Milk Hotel, The National and Sharon Van Etten. To celebrate, here’s our guide to the top five bands to see at the annual shindig.

A homecoming show of sorts, Röyksopp & Robyn's headline slot at Oya is simply unmissable. The Scandinavian trio are officially touring in support of their five track mini album, Do It Again, but they've got enough of alt-pop bangers to keep the party alive well beyond sunset. Expect a lot of lasers, several sad songs you can dance to and all the feels to hit you at once. No pressure then...

They may have recently cancelled their US and European tour dates, but The Horrors will still be at Oya. That’s what we’ve been told by organisers and it’s just as well, their fourth album Luminous is one 2014’s best by quite some distance. From the psychedelic throb of ‘I See You’ to old favourites like ‘Still Life’, few bands to sensory assault like Faris Badwan and co.

Of course Outkast’s headline show will be great, but you already knew that. As for their fellow Atlantan, Future, that’s less of a done deal. Having hit Number Two on the Billboard 200 with his most recent album, Honest, he’s about to set foot on Scandinavian soil for the very first time. Despite an obvious lack of hit European singles, he should do just fine. Any man who gets Kanye to guest on his track can’t be lacking for charisma.

Todd Terje went a whole decade as a DJ before releasing his debut LP, It’s Album Time. You’ll only have to wait four days to see him close Oya with his trademarked brand of fizzing disco. As a the most acclaimed act to emerge from Norway this year, he’s well worth sticking around for.

The Districts may be destined to be 2015's 'Next Big Thing', but they're already great right now. Imagine Aha Shake Heartbreak era Kings Of Leon with Tom Waits as their lead vocalist and you’ll understand there’s every reason to get excited about this Pennsylvania four-piece. Get stuck into their self-titled EP before everyone else bangs on about how good it is.

Whether you’re heading to Oya or just really wish you were, here’s a playlist of the best bands playing the festival. It’s got everyone we mentioned above and a raft of other great acts like Conor Oberst, Blood Orange and Queens Of The Stone Age.

Exclusive: Blessa 'Unfurl' some sweet moves in their new video