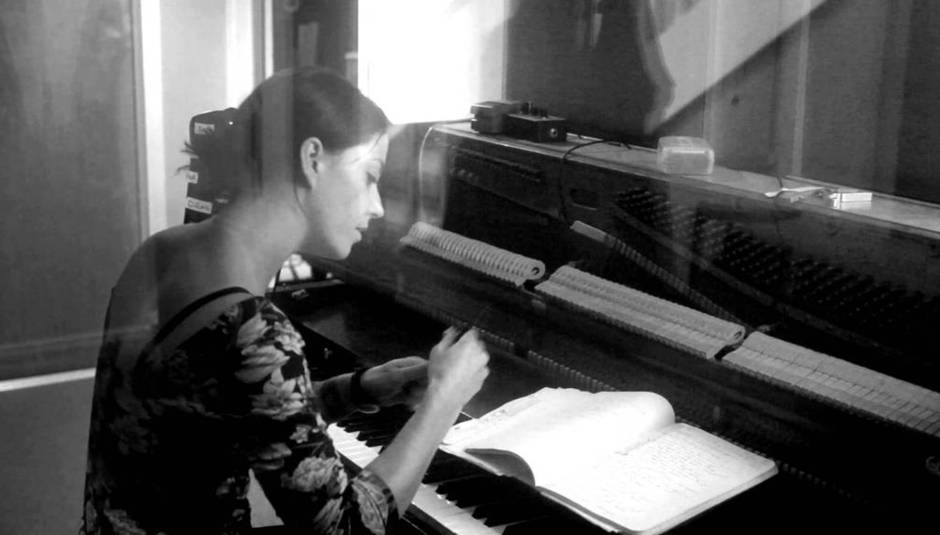 With her new album on the way at the end of May, Sharon Van Etten speaks to DiS about her new record.

We caught up with the maker of our album of 2012 about the follow up Are We There (released May 26th via Jagjaguar - and not to be too premature about it, but having heard it a few times already, we can confirm it's undoubtably one of the albums of the year!), but before we bring you Giuseppe Zevolli's full conversation (UPDATE: Our SVE feature is now online), here's what she has to say about the forthcoming album's closing track which hit the web yesterday...

DiS: Are We There ends with a song like 'Every Time The Sun Comes Up' which seems to just accept what comes next. You're gonna be asked every single time about those lyrics "I washed your dishes then I shit in your bathroom". The song definitely shows another side of you.

SVE: [Laughs] I am so surprised people like that song so much! It was like a joke song. It was at the end of the day in the studio, we were all having a lot of fun, we had done two songs already and it was the choice of the night: finish up early or keep going. It was originally a demo that I wrote on the Omnichord that Heather gave me.

I only had the chorus at the time and I called it my 'Bruce Springsteen song', because it reminded me of 'Girls In Their Summer Clothes', that kind of Phil Spector side that he has sometimes. I sent it around to everybody to see if they thought it was worth working on and everyone in the studio that day, my friends and my bandmates, were just like: "Let's just do the basic tracking and you just do a scratch vocal". The next few days I was gonna go in by myself because they had other stuff going on so they said "You can redo the vocal but at least you'd have everything tracked then". So it was at that time of the night when we took a break, we drank a little, we smoked a little; we got pretty loose. The lyrics came to me on the fly. I had never done that in front of people before, so I ended up just going step by step through what happened in the day. We got a little silly, we broke glasses, we did air high fives all the time, the engineer's name is Tricks so I was like "Do your tricks, Tricks, make me sound good!" and so on. Then you had to do your dishes in the bathroom: I thought it was funny that you could do somebody a favour by doing the dishes, but then, you know, you also were going to actually use the bathroom. All these things I didn't think we'd keep, but when we went through them they said "No, don't edit them, just keep them! It's fun! It shows like a funny side of you, you're not just this dark girl, you actually have a sense of humor, people should see that and it's a nicer way to end the record with that rather than with a really heavy ballad, it gives everybody a break after they've gone with you through that journey". Although it's still kind of a dark song, it's still one of the funny ones.

DiS: You said before that the moment you start writing really happy and funny songs we should start worrying about you.

SVE: Because my mom always asks "when are you going to write a happy song?" and for me writing all these sad songs is being able to compartmentalise and exorcise the demons. If I'm going through a bad time I can write about it, it's released and then I feel better. It's my therapy. If I am writing all these happy songs it would probably mean I'm not having that catharsis. Most struggles aren't funny, most struggles aren't happy. So it's more of a joke to my mom. When she asks why I don't write happy songs I say "I don't know, I am pretty happy. It would be the opposite: If I wasn't happy I would be writing all those happy songs". I don't know. That's my logic!

Here's the song in question:

Including new song 'I Love You, But I'm Lost' performed in her apartment for the New Yorker, the video for new song 'Taking My Chances', plus 'Leonard' and 'All I Can' live for DiS at Latitude and more.