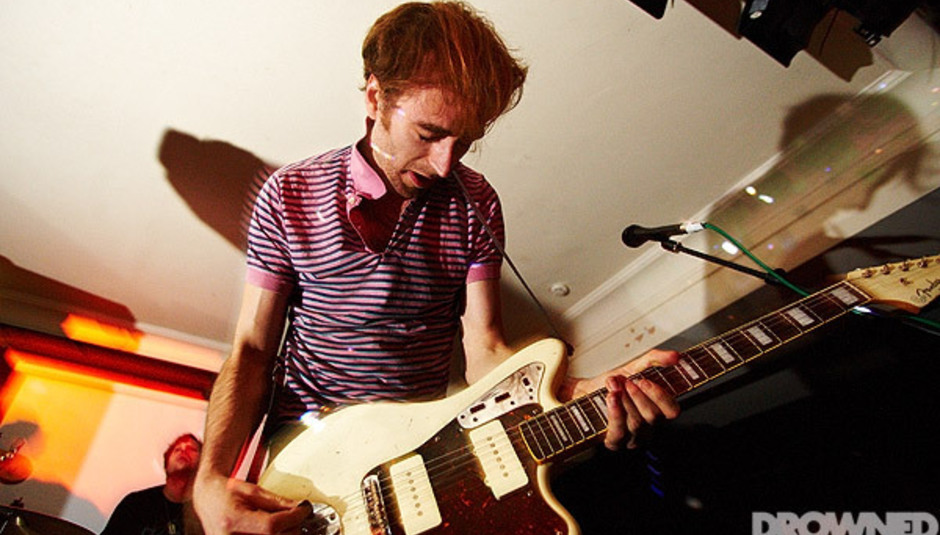 Must see: A Place To Bury Strangers DiS video exclusive for 'Leaving Tomorrow'

All of us here at Drowned In Sound have engaged in something of a love-love relationship with Brooklyn sonic nihilists A Place To Bury Strangers ever since their self-titled first record landed on the doormat some five years ago. Frontman Oliver Ackerman recently told DiS, "There are no bands out there that are really doing what we do...You can't go and see any fucked up rock and roll bands any more," and we kind of agree with him.

The band's third long player Worship came out in June of this year, and in her recent review for DiS, Radhika Takru said, "It's got drive, it's got energy, it's got the glorious sound of moving furniture. A Place to Bury Strangers are the band that taught me to find the music in a pneumatic drill, and in the heavy squeals of a chest of drawers being moved across a marble floor.

Well, as something of an exclusive for Drowned In Sound readers, those good folks at Dead Oceans have given us the first public airing on these shores of their brand new video for 'Leaving Tomorrow', the closing track on Worship.

Currently in the UK on a short four-date tour starting this evening at Sheffield's Harley (check back here next week for a full review of the show), they've once again confounded expectations on 'Leaving Tomorrow', concocting subtle melody with the most brutally conceived salvo of white noise this side of Psychocandy.

Must Hear: Liars remix of The Twilight Sad's 'Nil'