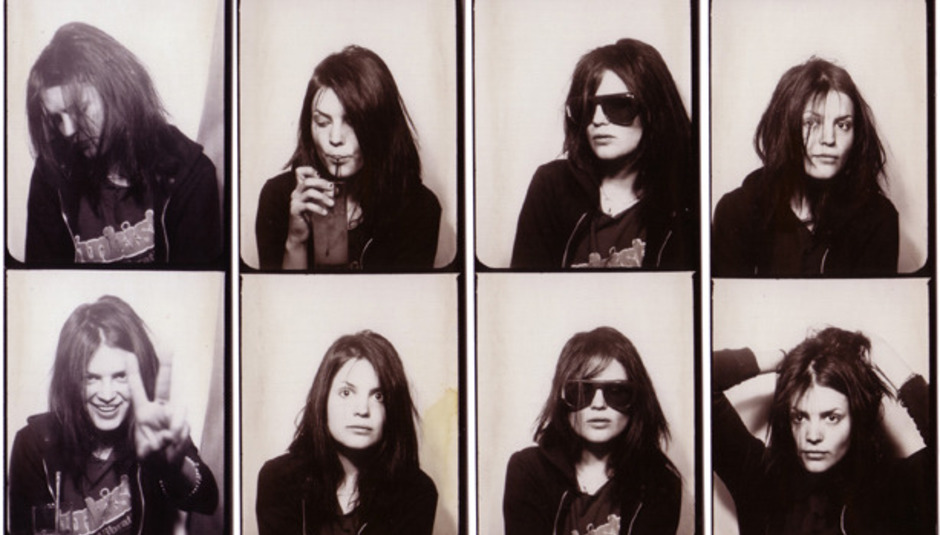 Spotifriday is dead! And it's been replaced by a February Highlights thread (and monthly Spotify playlist) and this, a new weekly feature in which DiS' editor shares his picks of the week, as a digest sort of thing...

“This footage comes from a South Dakota trailer park in the mid-90s, and features a small group of freaks and misfits who seem to be having the time of their lives. Dressing up, hanging out, making up funny skits, and lots of laughing. When I look back now at our fresh young faces (yes that is me with the short dark hair and cat-eye liner), I'm amazed at how simply happy we all look. This is especially remarkable as I know what was going on outside those plywood walls: getting called names, shoved into lockers, and threatening to get our asses kicked for being queer or punk or just plain weird.

But despite all that, there is a joy, strength and self-acceptance in our faces that I find inspiring and wanted to pass on. I'm offering the proceeds of this song to an anti-bullying non-profit started by a 15-yr-old girl in Long Island who was a victim of bullying for 7 years before switching schools. It's called The Jamie Isaacs Foundation and it works to bring youth advocates into schools and pass anti-bullying legislation.

When I first put together this video I sent it out to the people involved to get their take on it before it was released. My friends thought it was "adorable" but I didn't hear back from the sweet boy in the turquoise teddy. I worried that it was too much, too revealing, and he wouldn't want that footage put out into the world. Finally, I got a message back:

'That was the most beautifully done video I have ever seen I love it I love it I love it. I could not stop bawling. I don't think I've ever felt so secure as when we were all hanging out in the trailer bedroom. Erika. Lacy. All 3 of us went thru some pretty tough shit. But we made it through. Lets use what we learned and give it to somebody else that needs it.'

I couldn't have said it better myself. This one's for all the weirdoes out there: cherish your friends, fuck the haters and let your freak flag fly.

Buy this single via iTunes

There's an unsaid rule that no-one should ever (EVER!) cover Neil Young. Then again, not everyone has the ability to make one of his songs their own and inject their own colour palette into the work of one of the greatest songwriters of all-time. This Chromatics cover of 'Into The Black' may be faithful to the original but it's a majestic, moving and just mmmmmmmmm. The video was directed by Alberto Rossini and is taken from the Italo Discoers forthcoming album Kill For Love.

...and if that has whet your appetite for Kill For Love, here's the third single from it which just went online this morning.

Keeping you in a swooping drifting-disco kinda mood, here's a track from Poliça's debut album Give You The Ghost which came out [in the US] this week. The skittering drums are immense! This track also features on my Drowned in February Spotify Playlist and hopefully we've been sent the album, and a review is forthcoming...

This week's single of the week, as chosen by me, as performed live for Letterman. Oh and if you were wondering, yes, the lead image for this article is Alison Mosshart in a photo booth.

Sometimes you bash a band name into Google to check if they have a new video, and you flick around a bit and find yourself gazing at a fan-made video that puts some imagery to music. Usually it's a bit crap but this is sorta perfect. The new Perfume Genius album which is out next week is good (on first listen I thought it was absolutely incredible but that subsided after repeated listens but I'm still hoping to find the right mood for it). If you've not read it already here's our interview with him.