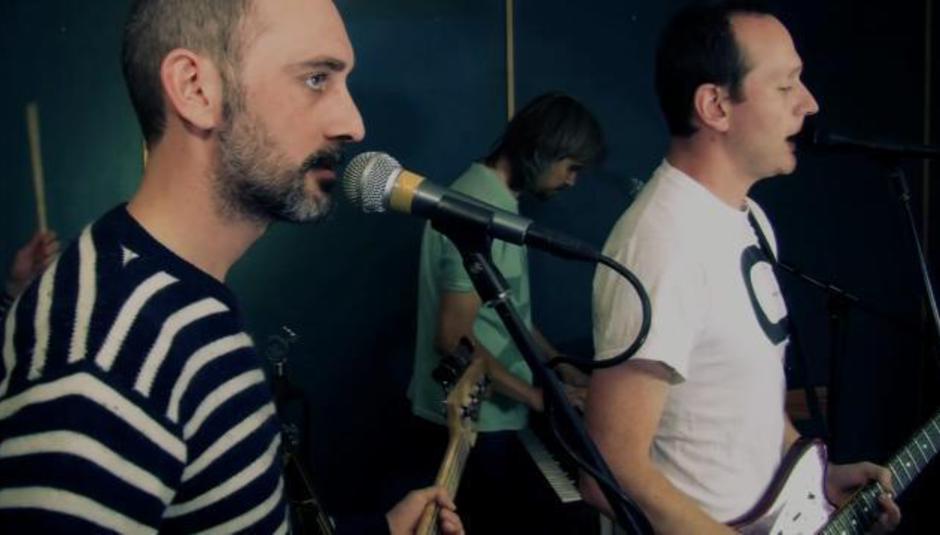 Fujiya & Miyagi this year released Ventriloquizzing, a review of which can be read here. It may surprise you to learn that the album is being reissued digitally on October 31. Be surprised no longer. Anyway, there's a new track on that re-issue, 'Ecstatic Dancer', and it was also released as a standalone single yesterday. Below you can find and play a live video of it from Bowlegs Music.

Here singer and guitarist David Best explains all about the track:

"Ecstatic Dancer was written and produced over the last six months. We decided to release it as a single rather than put it on the next LP as in many ways it feels like an extension of ‘Ventriloquizzing’ rather than the beginning of something else. It has an unashamedly glam beat because we like glam unashamedly. The title came from a drawing by Oskar Kokoschka. Lyrically it takes its cues from fifties songs which described dance moves, like the mash potato etc."

Listen: We Were Promised Jetpacks