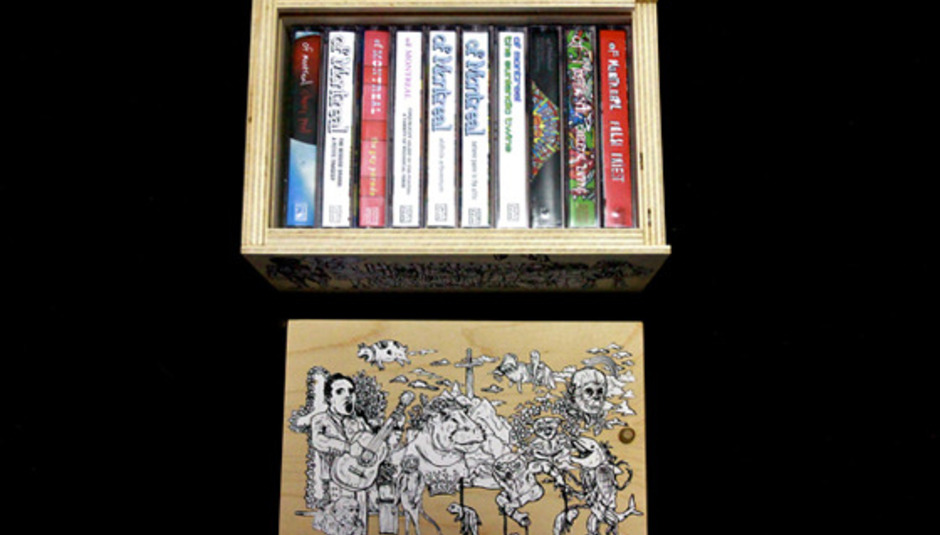 of Montreal's new record, Paralytic Stalks, will be released early next year through Polyvinyl. That's good news, but quite far off, though. Before that the band will release a career-spanning cassette box set collection. The full package - limited to just 500 numbered copies - is released on October 24 through Joyful Noise.

Does anyone still own a cassette player? Read on if so. The collection will feature all ten of of Montreal's full-length records, and will come delivered in a wooden box, so it's a PROPER box set, none of that folded, cut and glued cardboard box nonsense. Below are some pictures of what you can expect. Just to remind you, the following albums are included:

Each cassette has the original album art and buying it will get you an instant download of each of the ten albums. Act quickly if you want one, the retail price is $75 for one week, and $100 from September 19. I doubt they'll have a problem selling them, though. Kevin Barnes recently revealed a bunch of stuff about this and the new album in an interview with Pitchfork.