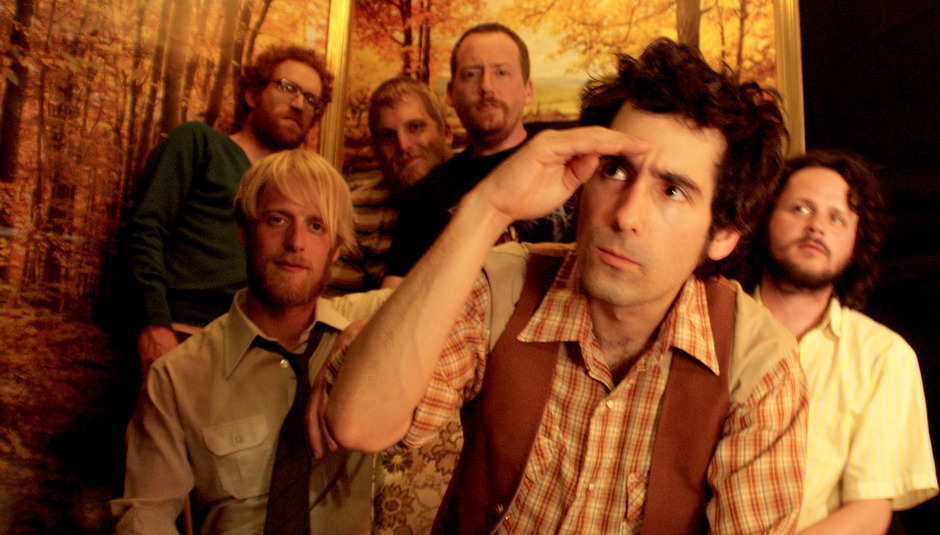 Listen: Download Blitzen Trapper - Love The Way You Walk Away

Sub Pop-signed Blitzen Trapper release their new record on September 12. It's called American Goldwing - a nice title - and comes out, quite obviously, through Sub Pop. You can get your hands on a track from that record below, via SoundCloud. Download it by clicking on the down arrow thingamy...you know how it goes.

Blitzen Trapper - Love The Way You Walk Away by subpop

And here's what the band themselves have to say about the album:

"American Goldwing is us letting our loves and early influences hang out for all to see. We entered into the sounds we grew up with - the hard guitar rock and country picking of our younger years mixed with glimmers of our usual space-aging technology and pawn shop Casios" explains vocalist Mark Earley. Continuing to bring their love for classic American rock'n'roll into the 21st century, this album is by Earley's own admission"heavy guitar riffs and blasting drum fills live side-by-side with plucking banjos, wailing harmonicas and muddy slide guitars. The earthiness of these songs will make you want to get loaded and get in a fight, or find a girl and fall in love forever, simultaneously."

Plus, here's one of those things that we call an "album teaser trailer", or something very similar.