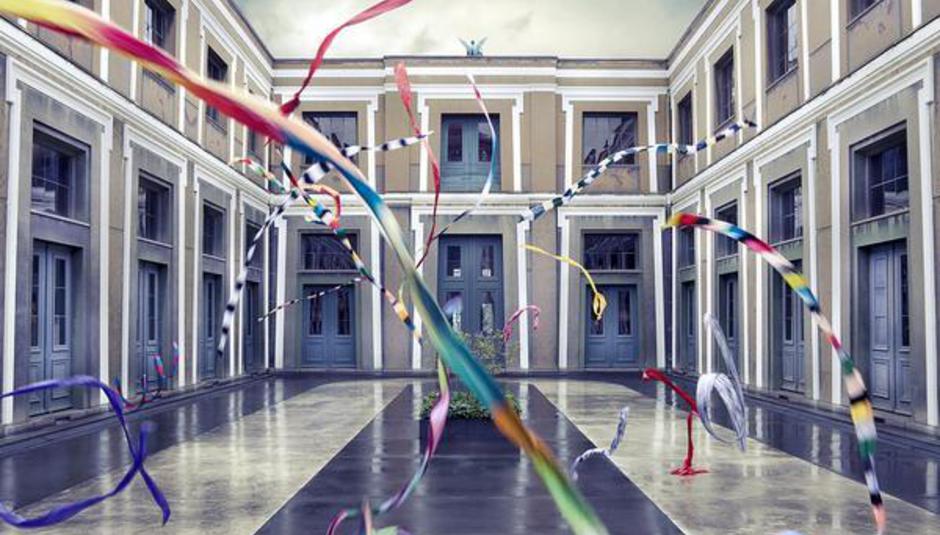 Ho ho ho! The Nordic Series is off and running and the related news stories just keep rolling in! Well, to some degree anyway. This time it's that Danish lot Efterklang who have announced a new project, entitled 'Efterkids'. They explain it in more detail on their website but below it's described in a nutshell. Or paragraph.

Efterkids is an attempt to raise awareness of the need for music education in public schools and same time collaborate with talented kids across the globe. We are also hoping to raise some money for the cause and maybe you would consider donating? It would make us and a lot of kids very happy.

You could call it an "initiative" - as I have - but that sounds very American. It is, whatever way you look at it, a very worthy cause and the official website for Efterkids can be found here. On that website you can watch a performance of 'Full Moon' and 'Natural Tune' by the students of the Special Music School in New York City, along with Efterklang. It's quite neat and is 100% the sort of thing the project is trying to achieve.

The good news if you happen to be involved in education and were, say, a teacher or something, is that you can do the very same thing as the Special Music School did, because the materials to create your very own Efterkids performance are available from here and here. Nice work guys!

Plus, in other Efterklang-related news, we're really excited to announce that they'll be playing a very special DiS show in Sheffield on February 23 at the Queen's Social Club. Super! More details here.