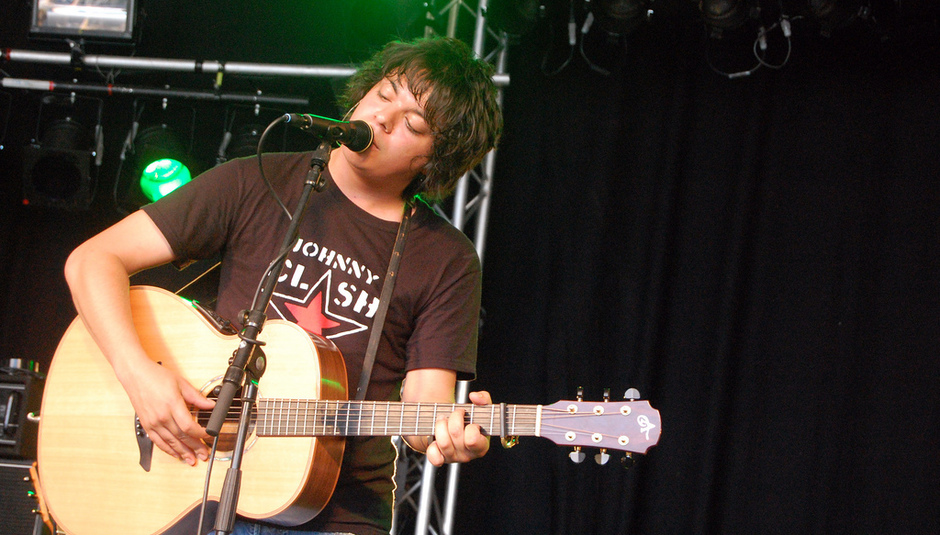 Here's Get Cape's new video for his/their new single, 'Collapsing Cities'. It's taken from his new album, which is self-titled, or eponymous, as some might say. I'd like to think this video is the Audiobullys kid all-grown up. Or partly grown up. Watch it below. It's a collaboration with Shy-FX, by the way.

The new record hits the shelves on September 13 through Cooking Vinyl. More details can be found here. 'Collapsing Cities' comes out in single form on August 9, as a double A-side (are they still calling them that?!) with 'D.A.N.C.E'. Below is a list of Sam and Co's upcoming tour dates. You know what to do. There is LOADS.