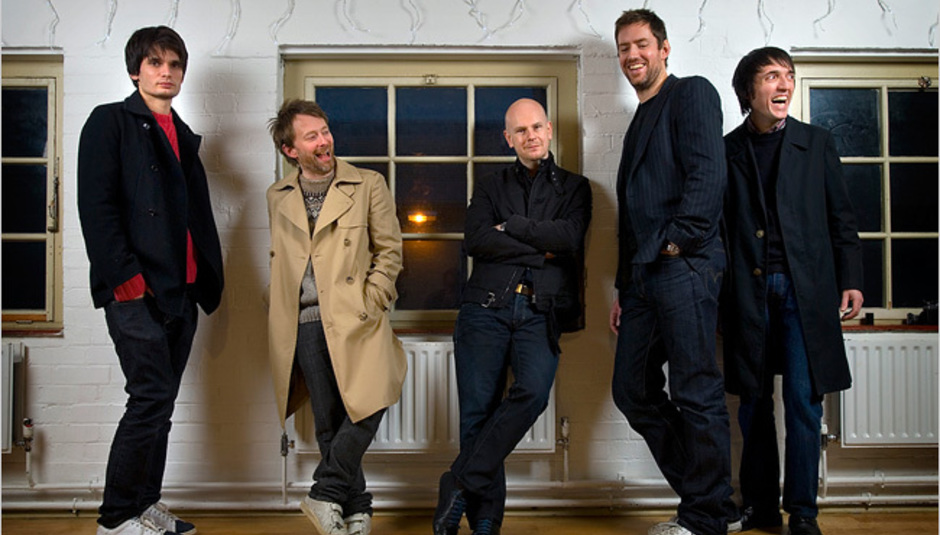 Radiohead's Ed O'Brien has revealed that the band are "a matter of weeks" away from finishing their new record, the follow-up to 2007's free for all that was In Rainbows, reports BBC 6Music.

O'Brien was speaking to Adam Buxton for his weekly 'Big Mixtape' show, and delved into the recording process for the upcoming record, as well as the differences between it and its immediate predecessor. He told Buxton, aka Count Buckules:

"It's genuinely exciting, it's very different from what we did last time. It's just really nice to be doing this, it's so good to be making music with the band that you feel is as good as it's ever been."

"At the end of In Rainbows it'd had taken three years to come together...it was such a slog. We really believed in these songs and we decided at the end of the record that we were never going to do it again this way. That was the end of Radiohead Mark 2. That was a really long process, by the end of it 'House Of Cards' had been recorded 6 times."

"For ages and ages it seems like the finishing line is miles away and now it feels within touching distance but, of course, with it being the creative process it's like anything, you have burst where you achieve a lot in a small period of time...hopefully it's going to be a matter of weeks."

Or listen to the clip of it below:

This is both something and nothing. We'd expect a record by the end of the year going by what O'Brien has said. Given his comments on the process for In Rainbows you can never be too sure, let's hope it's sooner rather than later, though, especially given Phil Selway and Thom Yorke's solo touring commitments. Fingers crossed, eh?