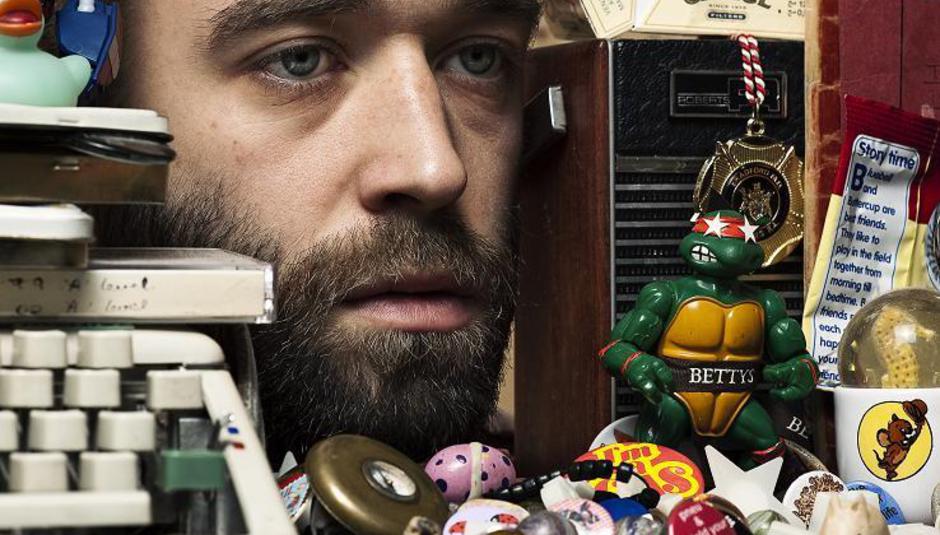 Former Meet Me In St. Louis and Shield Your Eyes man Tobias Hayes is a man of immense beard. We've already gone through this before, but I thought I'd get it out of the way at the start. Good, done. Over the last few years he's been performing solo under the name Shoes And Socks Off and has recently announced the release of Don't Blame Yourself, It's In Your Blood, which is a three CD set of previous solo recordings.

It's made up of From The Muddy Banks Of The Melitzer - very much a bedroom recording - Hand Reared Suburban Piglet - which has been re-recorded with a full band - and Where The Skyline Is Fortified By Windows And Doors, with a whole host of bonus material on offer such as videos, artwork, demos and the like. It'll come out through our friends at Big Scary Monsters.

As well as all this, Mr Hayes is releasing a brand new album, which is called Robin Hood Waiter Champion Have-Not, which tickles us greatly. That comes out August 3 and in the build up to that release, he's making a video for every single song on the record, all ten of them. We've got the one for 'Spit/Shake' and you can watch it below:

In addition to that, there's a few free downloads from the triple CD set, which you can download by clicking the below links. It really is that simple.

View all upcoming tour dates on his MySpace.