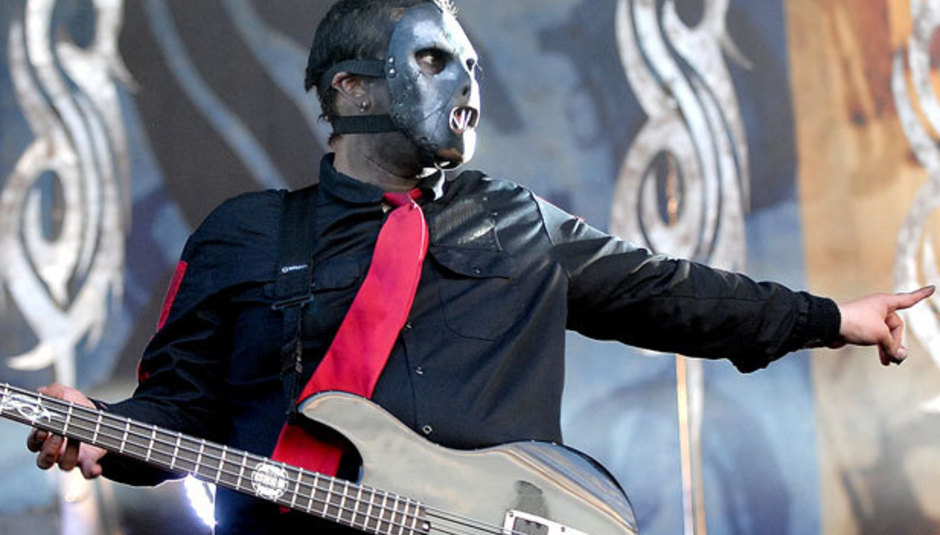 Bassist of masked collective Slipknot, Paul Gray, has been found dead in a hotel room in America, aged 38, reports have confirmed. The founding member of the group was discovered by an employee of the Town Plaza hotel in Urbandale, Des Moines, Iowa - where Slipknot hail from.

Police have said that foul play in Gray's death is not suspected but that a full autopsy and investigation is being planned. It is believed that this will take place today, May 25.

Slipknot formed back in 1995 and have since released a total of four studio records, including the UK 2001 number one album Iowa. Their most recent release was 2008's All Hope Is Gone, which reached number two in the UK album charts and was their third successive Top 10 LP. Gray is survived by a wife, Brenna, who was expecting their first child at the time of her husband's death.

Jamey Jasta of Hatebreed paid tribute to Gray, as did Korn, in the video below:

"Paul was a stand-up guy and a great musician. He and Slipknot changed the face of rock music as we know it. Just about every metal band member from 1999 onward owes him a salute. My condolences to his band, family and fans. We'll miss you dearly, Paul. We are eternally grateful to you."

Read about/post in the thread on our boards here.