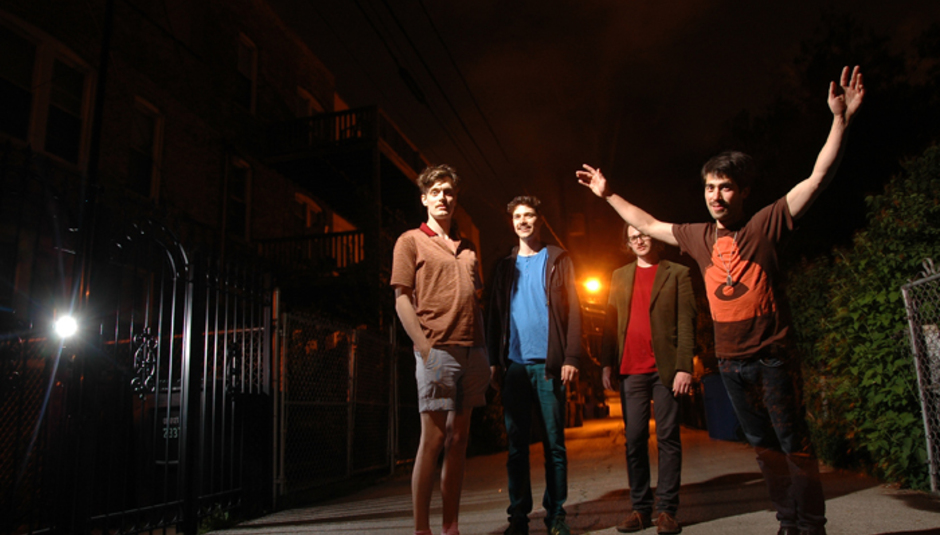 Watch: Efterklang - 'I Was Playing Drums'

Delicious Danish favourites of ours Efterklang have a new single out yesterday taken from their current record - Magic Chairs. The track itself is 'I Was Playing Drums' and comes out via 4AD, obviously. There's now a video for it, directed by End Of The Road Festival's Simon Taffe, working with Joseph Brett and Glenn Taunton, who are all known collectively as 'End Of The Road Films'. Watch it below:

As we mentioned in our VOLCANIC ASH ARMAGEDDON liveblog yesterday, Efterklang's UK tour starts today, and they've made it over, even sending a picture to us all via the medium of Twitter. That very picture and tour dates are below: