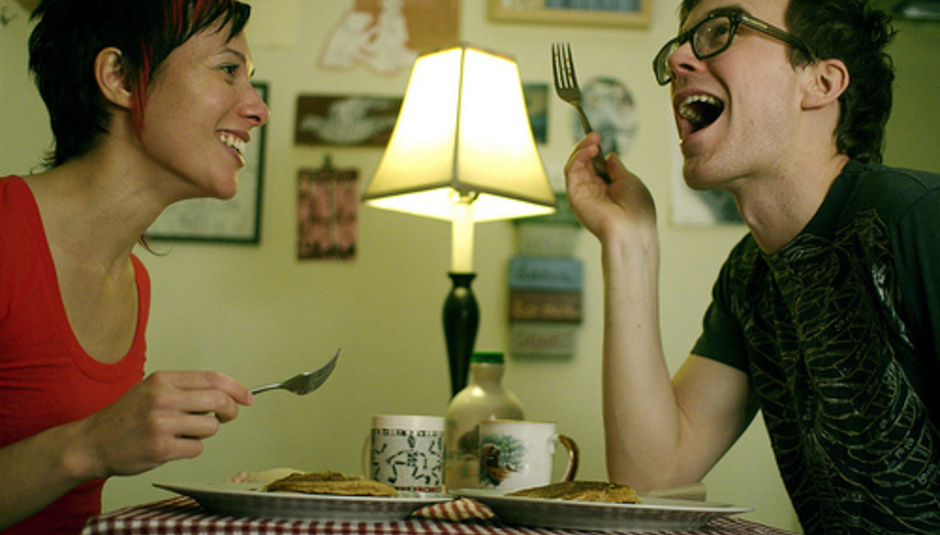 Super keyboard and drums power couple Matt & Kim, producers of one of the finest albums of the year, have only gone and won an award for Best Video at the mtvU Woodies (no, us neither).

The award was for the 'Lessons Learned' video, directed by Taylor Cohen and Otto Arsenault. It's one that sees the couple stripping off in Times Square. Not many places more public than that. Would somebody please think of the children? You would think they'd have learnt from this naked wizard (be warned, both traumatic and NSFW) that it's not a good idea.

Today's lesson – sex sells. Is this really what mtvU want to be encouraging American college students into? They also won Breakthrough Video Of the Year at the 2009 MTV VMAs in September for that very same video. Kanye was reportedly not that fussed. Congratulations, party poppers and Buck's Fizz all round.

Anyways, wait for that twist at the end. It's a doozy.

They also did a performance of that same song at the awards ceremony, in the Roseland Theatre, Portland, involving bikes, and yet more stripping. Unfortunately, you can only watch it here if you're in America, or clever with computers.

Currently on a tour of Europe with The Sounds, they've already bolted from these shores to go see Scandanavia or summat. Soz. However, DiS hears that Oulu is “lovely” at this time of year. Those dates for Ryanair fans...