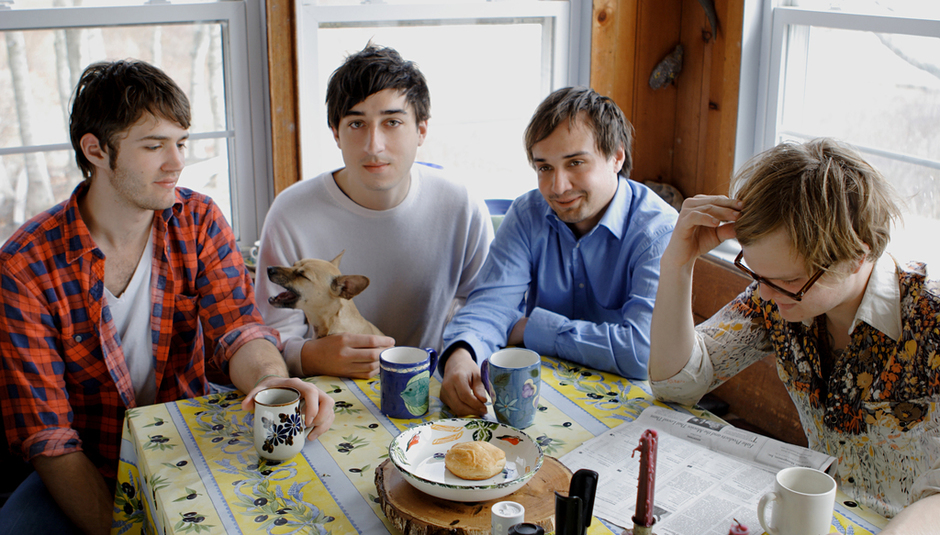 Watch: Grizzly Bear - 'While You Wait For The Others'

They have been given their very own takeover week on Drowned in Sound, produced one of the finest and most beautifully well-constructed albums of the year in Veckatimest and even had Jay-Z singing their praises from the rooftops, but there's more still to come from Grizzly Bear.

They are still touring and have a new video, this time for their latest single, 'While You Wait For The Others'. At the moment they're doing the rounds in their native America, playing all manner of venues and states but they return to Europe in October and November for new batch of dates across the continent.

That particular tour kicks off on Halloween with a very, very special show with the London Symphony Orchestra at the Barbican, in London. Sadly, however, this particular show is SOLD OUT. There are British shows still with tickets in Glasgow, Leeds and Bristol, though.

Their previous video for 'Two Weeks' was a just more than a little creepy, to be completely honest with you. We all slept with the covers firmly over our faces a good few weeks, perhaps to the detriment of our own well being. Still, we're safe now. Thankfully the follow-up video for 'While You Wait For The Others' doesn't feature anybody bulging eyes a la a sick Edwardian child.

It does, however, feature a man in a fencing mask throughout doing slightly odd things. The clip was directed by Fleet Foxes' main main Robin's brother, Sean Peknold (via Spinner).