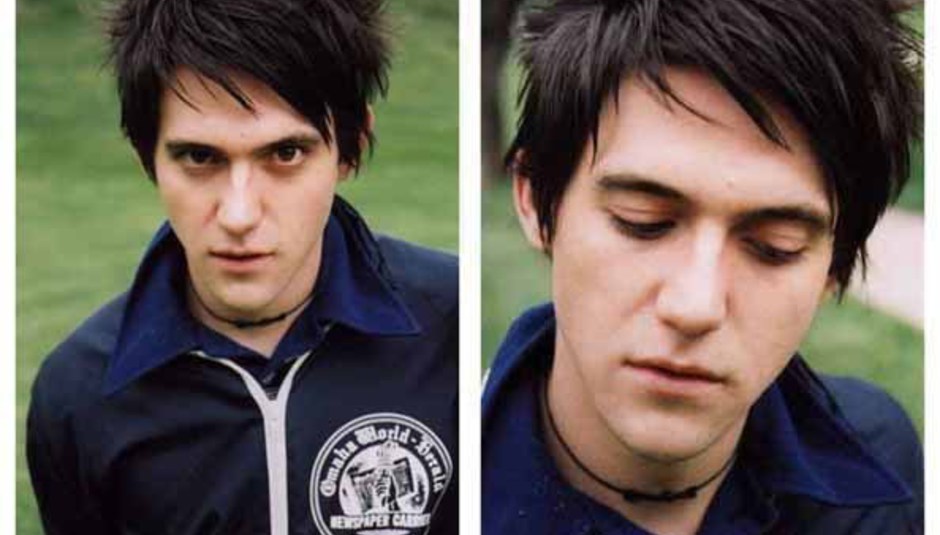 Can you hear that crunching sound? It's the sound a million (emo) hearts exploding in unison to the news that Conor Oberst is to make one final Bright Eyes album, then that's yer lot.

Somehow we missed him telling Q-for-America Rolling Stone that he "does feel like it needs to stop at some point. I'd like to clean it up, lock the door, say goodbye."

Yesterday, The Omaha World-Herald (sounds like something outta a Marvel Comic, don't it?), spoke to Robb Nansel, who runs Bright Eyes' label, Saddle Creek and he made this grand confirmation:

"I think he feels like Bright Eyes has a certain association, for better or worse. I think he's trying to distance himself a little bit from what that means to people."

However, Nansel did continue to say that Oberst plans to record a final Bright Eyes album during the first half of next year, with a projected fall 2010 release date. DiS would presume/demand there will be one last tour.

We guess this news shouldn't come as some kinda Take That split shock but it does feel like someone running a razor blade through our youthful hopes and dreams. Yet, we kinda can't feel like it's really over as Conor is bound to keep churning out blues and folk records until he's so broke he has to play a Lifted... Don't Look Back gig at ATP 2019.

Obviously the most imminent thing to look forward to for fans of the work of Mr Oberst is the Monsters of Folk album with his 'supergroup' which includes M. Ward, Jim James (My Morning Jacket), and producer/Bright Eyes member Mike Mogis. The Monsters of Folk debut album is out September 21st via Rough Trade. Oh and you haven't done so already, you can download 'Say Please' from monstersoffolk.com