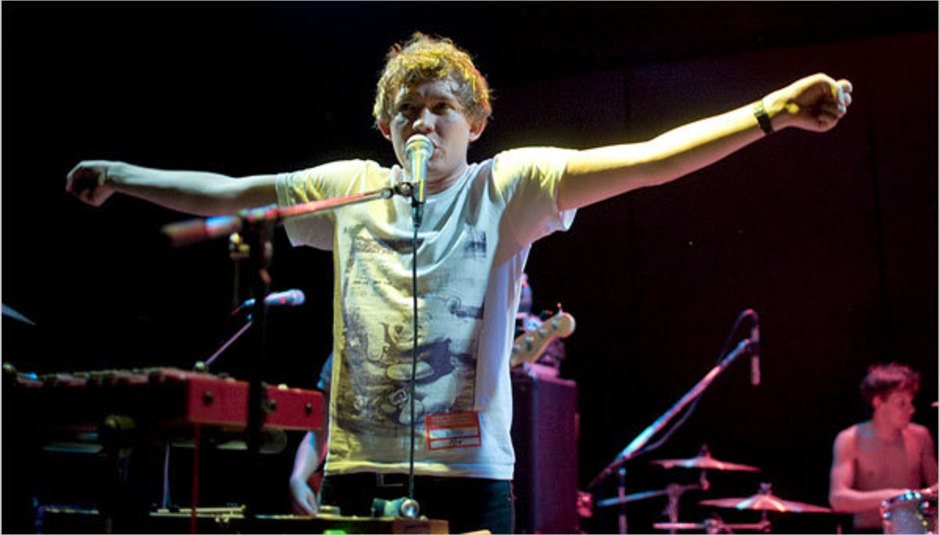 What they're giving away is a tour record box, filled with records from the bands they play with on the tour, and one from a local record shop from each of the cities they visit. Maybe even some flatbread, too.

Gareth does the 'splainin' here, in a Malta football shirt?

The comeptition hasn't YET been announced, but stay tuned to their official website and blog for updates when the competition and winners are announced, as well as whatever sort of stuff they'll be chucking into the box.

So far we have:

You do not need telling that is a very fine start indeed.

If you happen to be reading this in America and fancy catching these marvellously energetic guys and gals out, you can do so at these dates:

Should be a pretty full box then. Maybe no room for pita bread, after all. They've also got an album on the way, some time soon. This one is an album, we think...

Watch: Video exclusive of The Veils