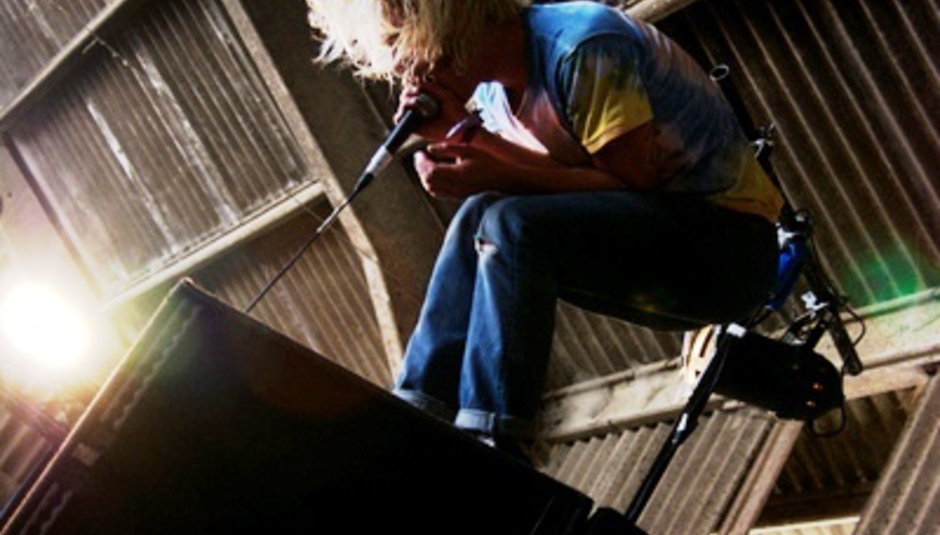 Lovvers ask you to just THINK

Nottingham quartet Lovvers and their truly unholy racket are back, with THINK released on September 22 through Wichita.

“Great bands do not gain popularity, develop musically or give you what you want; based nowhere and residing pretty much everywhere Lovvers is compromised of four ambitious nobodies; that have tellingly appeared at a moment in musical history that can only described as a yawning deluded mess.”

“Lovvers are a strange mix of music’s forgotten / blank generation, re-calling the spirit of Darby Crashes' Germs, the weirdness of Flipper, Wipers style pop and the careless attitude of The Replacements; at one show a girl was so confused / annoyed that she wrote to KERRANG! describing this music as highly offensive, wanting to erase them from her mind.

“Having been written about or featured in most major magazines, it appears the select few have largely missed the point of Lovvers.”

A tracklisting for you?

The gang of four perform at Brighton’s Prince Albert this evening supporting The Death Set to promote the release of an OIB 4-way split 7” ahead of their Leeds and Reading performances and embarking on this UK tour: