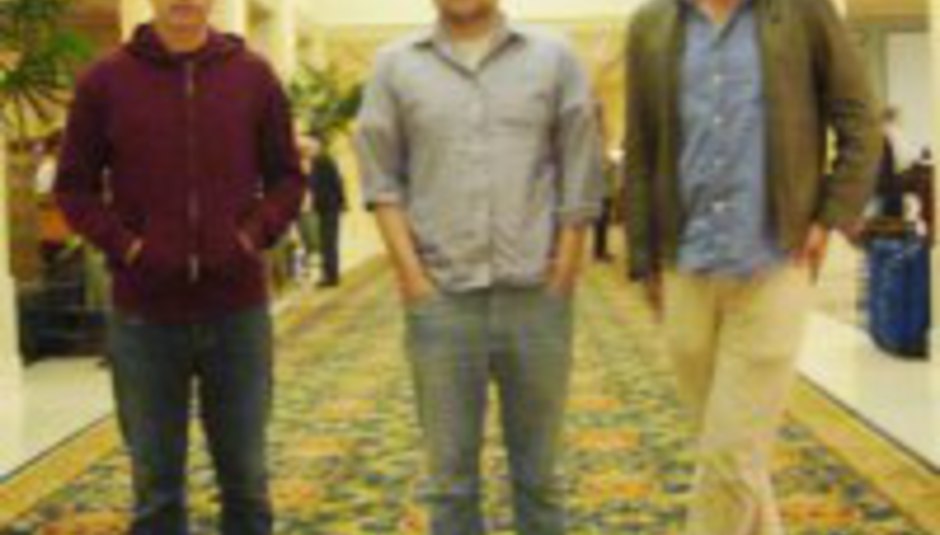 Krug – who is currently on tour with Sunset Rubdown and getting ready to release new Wolf Parade album At Mount Zoomer (details) - recently revealed as much to Bristol University student radio station Burst.

"Swan Lake just made another record. When it comes out, I don't know,” said Krug. “It hasn't been mixed yet, we just finished the recording._”

Though Spencer Krug’s myriad musical flutterings may bring him to mind before the rest of Swan Lake, the multi-instrumentalist and vocalist was keen to draw applause to less-celebrated bandmates Daniel Bejar and Carey Mercer.

“[Recording] is very deliberately, very outwardly _‘Everyone bring X amount of songs’, and I'll bring a whole song to the project and be like ‘This is what I would like you guys to do on this’, but their styles still get infused into the end result. That's the idea.

“It's a collaboration,” Krug continued, “and we talk a lot in that project about everything, but in the beginning stages, it's very much everyone brings, like, 4 songs. Finished songs."

More news on the follow-up to 2006’s Beast Moans (review) when we get it; thanks to Adam Benjamin for the heads-up.