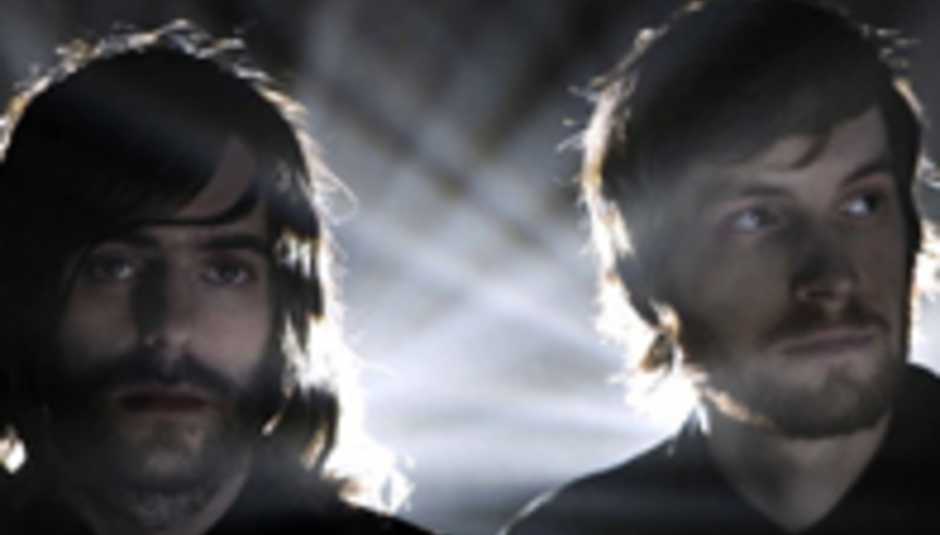 Ratatat will release their third album this summer.

The follow-up to 2006’s Classics longplayer is called LP3 and is out on the 7th of July.

How does it differ from its predecessor? Well, where Classics was, as its portentous name might suggest, recorded over a period of months LP3 was done and in the can in weeks. It also leans more towards keys than guitars, live percussion rather than the programmed beat.

This results from time spent at Old Soul Studios in upstate New York, where a dearth of hi-tech recording gear is matched by a proliferation of mellotrons and Wurlitzers, grand pianos and harpsichords; ye olde weapons of noisemakers reinvigorated by the Brooklyn duo.

And what’s this? A series of remixes? Including the first one Animal Collective have ever done under their own names? Awesome:

Animal Collective reworked ‘Mirando’ if you’re wondering, into a “10 minute techno wonder,” while YACHT, Zongamin, Copy and E*Rock have all also been on the remix.