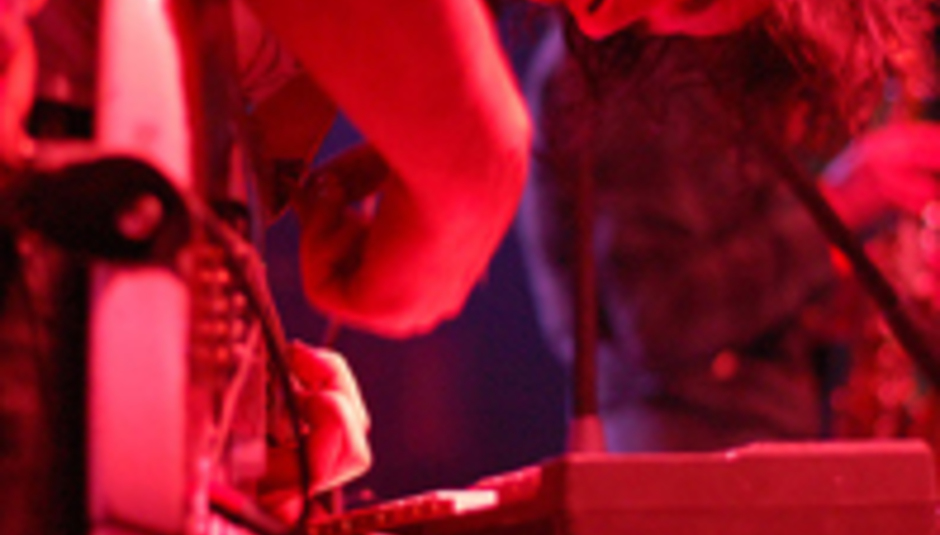 “That is the new wave hippies, hugging all kinds of trees / living in mostly cities, talking with eyes closed, never in trouble!”

Psychedelic Horseshit have a message. DrownedinSound thinks it’s “fuck Yeasayer!” though we had to listen seven times to cut through all the glorious noise they’re tossing out across their songs.

‘New Wave Hippies’ is one of five tracks arriving on an extended single through Half Machine Records this summer – you may have already heard it live, or on debut album Magic Flowers Droned which was released through Siltbreeze last year. But this is a new version – hear it here; there’s a sprinkler solo and ‘Portals’ has been altered too.

These are the tracks packed onto a 7” set for release in July:

Meanwhile, Matt Horseshit is doing the sound for Times New Viking as they bound across the kingdom, the jaunt including a fine appearance at Pitchfork ATP last weekend. Maybe you were there? We’ve got photos and more, coming, while Mr Horseshit will be back on UK live stages once he’s found a bassist to replace previous stand-in Pink Reason.