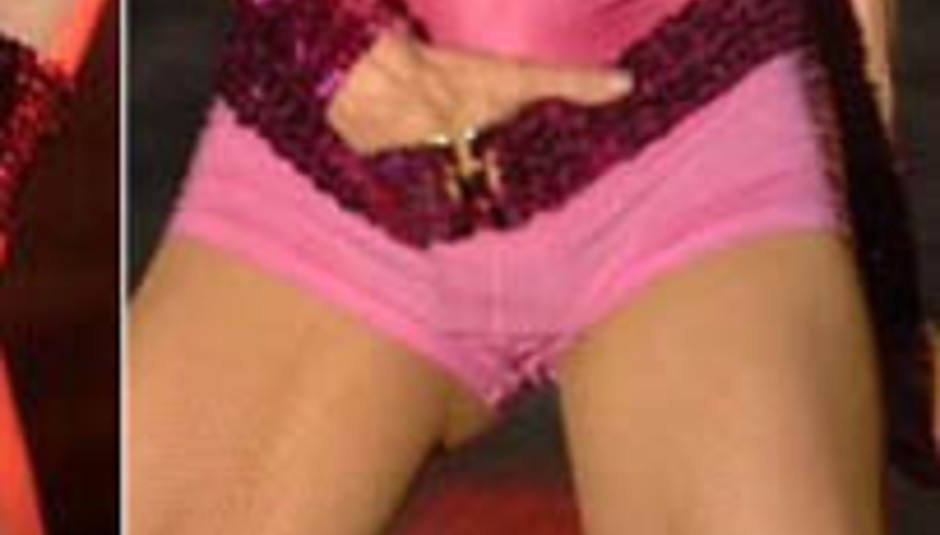 Madonna’s 50 and she’s still sexually active. And you know you want her. She knows. Come now, no need for embarrassment – she’s still hot! She’s still got it! Yeah. You want it. Blatantly.

Madonna will embark upon a world tour later this year so that we can all celebrate the fact that her glands are still secreting together. That's what pop music's about, man. And though it’d probably be more apt to call it ‘feedbag’, ‘dog’s dinner’ or ‘pig trough’ she’s called it ‘Sticky and Sweet’. Yeah, she’s still got it. You want it. You do.

What an intolerable fucking hag.

Tickets go on sale at 9am next Friday the 16th of May. She also plays Radio 1’s free Big Weekend this weekend - details.