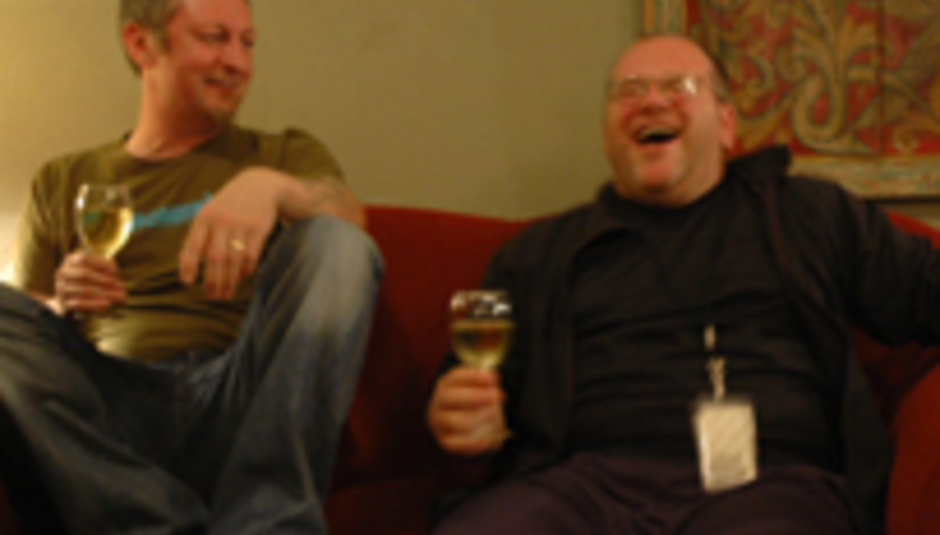 The original line-up of Gang of Four, reformed for reunion shows since 2005, has been depleted once again as the rhythm section scarpers to projects new.

Bassist Dave Allen and drummer Hugo Burnham (pictured left and right respectively) are leaving singer Jon King and guitarist Andy Gill to persevere, “focusing on writing and recording new music as Gang of Four”, according to a statement on the band’s website.

“The original and best-loved line-up of famed post-punk icons Gang of Four reunited in 2005 to great acclaim and success - unfortunately all good things must come to an end,” said statement began.

Looking for a fuller explanation? To Allen, first:

“At the beginning of April, I decided that I could no longer continue to be a member of Gang of Four. My ability to give 100% to the band is limited and I feel that if I can’t do so, then I shouldn’t continue.

“As I expand my research and thinking about contemporary music distribution on Pampelmoose.com, and as I focus on online technology and social networking at Nemo Design here in Portland, I find myself conflicted about how the band’s new music should be released.

“To retain any credibility for Pampelmoose.com about what the future of music distribution will look like, I have to move on and not hold back Jon and Andy’s music plans. I have had a side project for a while now with John Askew of Tracker and Menomena’s drummer Danny Seim called Faux Hoax (pronounced Folks), and I look forward to fun times finding ways to get our music into peoples’ hands in unique ways.”

Understandable, though why Gang of Four couldn’t have explored those new ways of getting their music into peoples’ hands DiS isn’t sure. Moving on, Hugo Burnham takes his place in the dock.

“It was a great couple of years of intermittently reminding people old and new, far and wide, just how powerful the original four of us were together,” begins the drummer. “Age only increased our power and focus onstage, and it was a rare pleasure to work with the original band once again.

“Being in a band requires handling the business side of it too, and that became boring and the constant travel became debilitating. I am soon to start my doctorate, as well as broadening my teaching at more than one college here in Massachusetts, so my free time has become increasingly limited, making it difficult to be involved with them going forward.

“Musically, I am recording and writing with members of Boston noise-merchants the Bags and I have also been doing some recording lately with [former Minutemen/current Stooges bassist] Mike Watt. I wish Jon and Andy luck with their new musical endeavors; I am sure they will be interesting."

We’re sure they will too and we’re sure that evidence of that will still be presented at this year’s Meltdown Festival, where Gang of Four join with Tom Tom Club on the 20th of June.