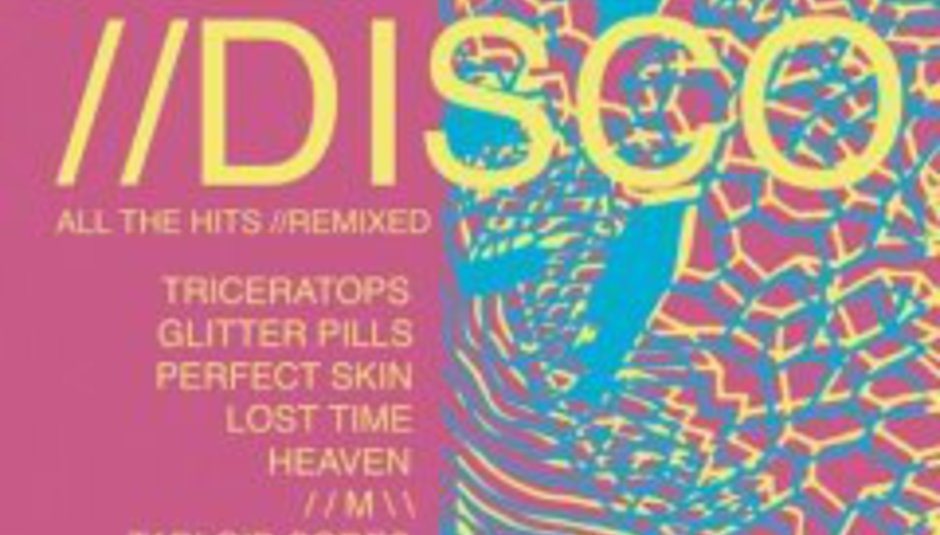 Currently on a DrownedinSound-sponsored tour of the UK – well, currently they’re in Vienna, but they’ll be back tomorrow – LA’s HEALTH will collect together a batch of remixes to release their disco record this summer.

The curiously titled HEALTH // DISCO will rip and snort its way out from MySpace on the 9th of June, a day before the quartet perform live at Pure Groove Records' new premises in Farringdon.

HEALTH will be on at 1.30pm – get down there, get yourself a specially commissioned T-shirt to mark the occasion. More live reminders shortly, but first let’s return to the record – here are handpicked remixers, reworking tracks from HEALTH’s self-titled debut:

There’s an enhanced version, too, which features remixes from the likes of Toxic Avenger, Nastique and Captain Ahab among others. ‘Girls Gone Wild’? We're sure someone chose to remix ‘Courtship’... wried!?

Before all that, however, HEALTH have that DiS-sponsored tour to complete – the whip, boys: