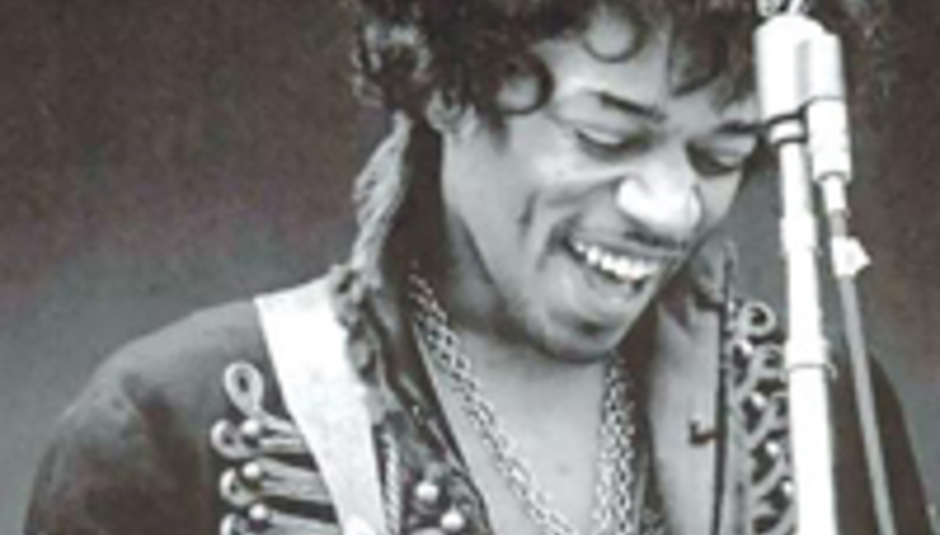 Yeah, we know it’s not his song but what, you’d rather watch Dylan all tangled up in blue? Someone’s found footage of Jimi Hendrix copping off with a couple of women, reports The New York Times. And if they can report it, and Reuters can report it, so can we.

The 11 minutes or so of footage, starring Hendrix alongside a pair of unidentified brunettes, has no audio track and is filmed in dim light, which has caused many to doubt whether or not it’s the guitar legend caught on camera.

Unsurprisngly Vivid Entertainment, who are putting the video out alongside a further half hour or so of career retrospective, insist it is, claiming they hired private detectives to verify the male lead's identity.

60-year-old Kathy Etchingham, a steady girlfriend of Hendrix’s in the ‘60s told a reporter that the man on the tape, which was found by a collector at an auction of rock memorabilia in London, “is not him. His face is too broad and nose and nostrils too wide for Jimi. Also the hair is too low on the forehead.

“He would never have allowed anyone to see that… in private he was very shy and would cover up.”

However, Pamela Des Barres – a band whore from the ‘60s – and genital plaster caster Cynthia Albritton both believe the tape’s title is valid. It should be taken into consideration that they were paid for their respective roles in the retrospective content of the $49.99 (£25) DVD, which we’re sure will surface on the internet at some point or other.