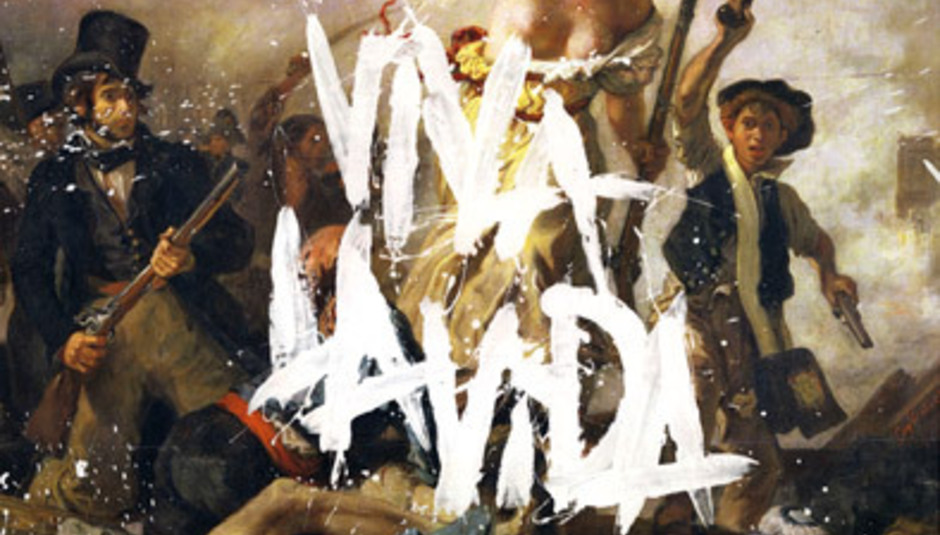 The new Coldplay single, and the first from forthcoming longplayer Viva la Vida and Death or All His Friends (details), isn’t as far a departure from the band’s trademark sound as the album’s title would have you believe. From the sounds of ‘Violet Hill’ this isn’t going to be the album where Coldplay look down from atop their piles of dough, go into a headspin and start rapping in non-sequiturs about the Congo or filling their bodies with silicone and junk.

Brian Eno is here just in case, though, and the song drifts in on one of the trademark, Blade Runner drones colouring things like Ambient 1: Music for Airports, (think the start of ‘2/1’). Any fears that Coldplay have the balls to follow this path are waylaid when the plod happens and Chris Martin sleepwalks into a vocal that recalls Oasis track ‘Don’t Go Away’ as much as anything else.

The song trots into life with five strikes of a crashing piano – as arch now as they were slowed down in Bowie’s ‘We Are the Dead’, which is strange given that Eno wasn’t around for that and most of ‘Violet Hill’ is as earnestly heroic as you’d expect from Coldplay, (“I wanna be a soldier who a captain on some sinking ship would stow far below/if you love me, won’t you let me know?”).

The fact that it sounds heroic at all probably points to a return to Rush of Blood…-era musings, which somehow seemed darker-eyed and more manly than the frailties felt on last album X&Y. Taking that into account, along with the album’s art and title, it’s tempting to assume that Coldplay hear Viva la Vida… as a marker of resurgence – as a vengeful comeback of sorts. That’s all well and good, but to these ears ‘Violet Hill’ suffers just like the rest of Coldplay’s work – Martin’s desire to be a martyr is let down by the lack of a tangible cause and as such his band’s new single sounds too suffocated and self-absorbed. 5/10

DiScuss: what do you make of 'Violet Hill'? Find it here, if that's the sort of thing you're into.