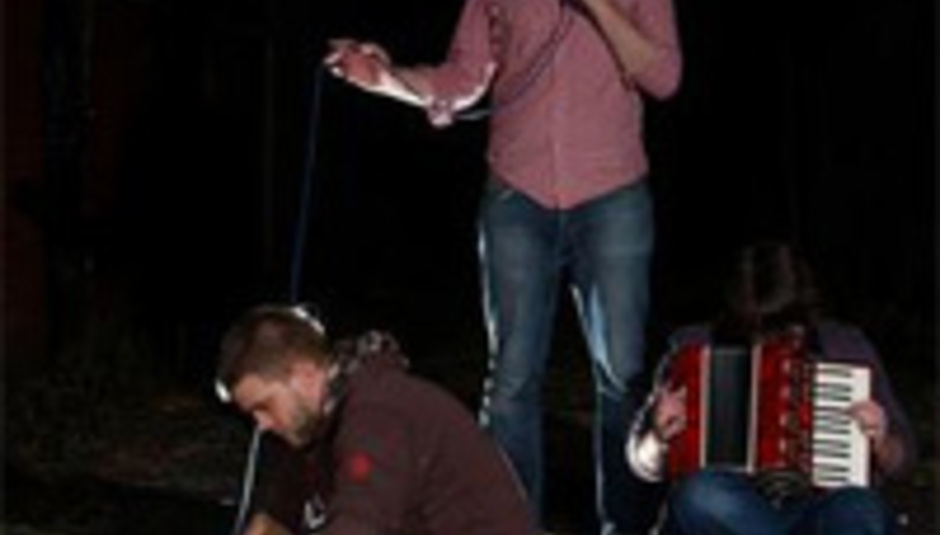 Given that many of you have been jabbering away in appreciation of Selkirk’s Frightened Rabbit - and, more specifically, their recent album The Midnight Organ Fight - we felt we should post this before we left the office for the day.

The trio were in Austin for South by South West recently – while there, they took the time to record a version of ‘Heads Roll Off’ for ‘local’ internet radio station WOXY.com.

There’s a spot of comedy, too. Better than leaving Radiohead sitting at the top of the news column again, we suppose.

The Fat Cat-signed band have a few live shows on the agenda - check their MySpace for details.