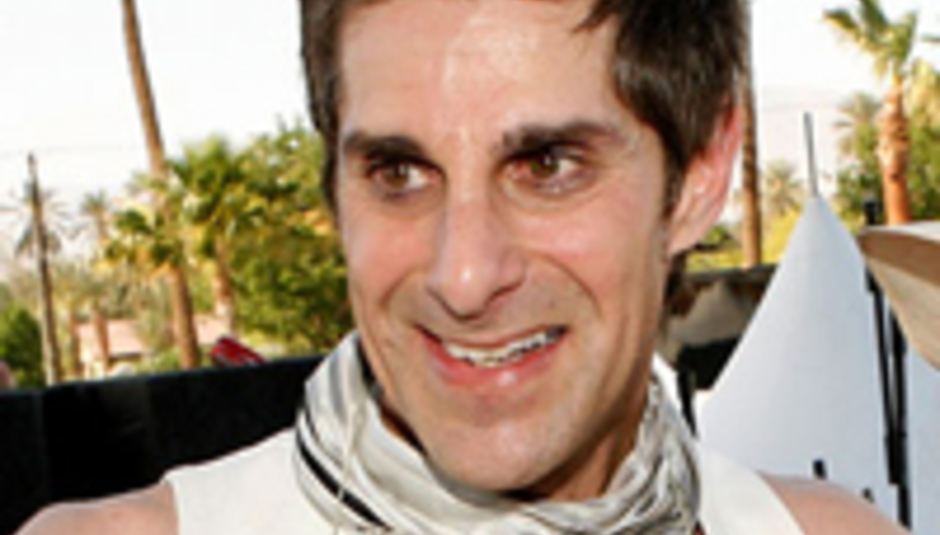 It can get disheartening around this time of year, as spring looks to tip into the festival season and DrownedinSound is tied to a desk, and forced to regurgitate the endless, endless spume of festival line-up leaks, conjecture, truth and rumour. Not disheartening in the same way that working in a toothpaste factory might be, of course, but you get the idea when you see Radiohead, mud-slinging and festival news in the same article and wonder if we’ve descended into self-parody.

Anyway, most pertinent is Perry Farrell’s confirmation that the line-up leaked by Chicago Sun-Times writer Jim DeRogatis last week - which includes Radiohead, as well as Nine Inch Nails, Rage Against the Machine, KanYe West and Battles - is correct. Find those present at the festival in Chicago from the 1st 'til the 3rd of August reiterated below:

Next, the beef – DeRogatis has felt the sharp end of Farrell’s tongue. His journalistic endeavour – the Chicago Sun-Times writer confirmed the line-up by going to the ‘people’ managing each act – not appreciated:

“My initial reaction? Well… this guy, he’s a stinker, so it was kind of like having a skunk at the party,” Farrell sneered to MTV.com. “So what do we do? Well, I think we should make him the stinky mascot. ... That’s what I’m going to do. ... Pepe LePew.

“It doesn’t bother me that much. Why? Because I’m really proud of the line-up. It’s like saying, ‘He just leaked some good news about you!’ So what? [We’ll just make him] the evil mascot, man. I’m telling you, we’ve got to just embrace him. Embrace the darkness.”

Rant done with, the Lollapalooza boss talked up a new working relationship with iTunes. Fucking zzz? What at first seems like another corporate web/festival gland-greet may actually see a host of interesting collaborations emerge, studio efforts that find their way onstage and then onto iTunes as “unique content”.

“We’ll start to talk with Radiohead about putting them with someone they’d like to collaborate with, tell them how it’s going to go down.”

And bang, that’s the holy trinity, parody achieved. Looking down that list, is there anyone you’d particularly like to see Thom Yorke et al. lay down hot rock traxxx with?