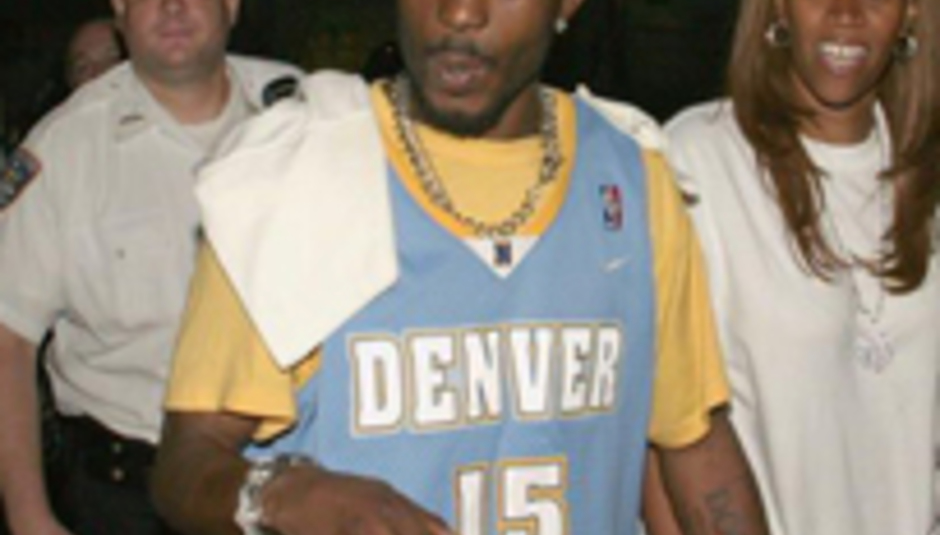 It’s been a while since we dropped in on DMX… what’s he up to now, we ask ourselves, on seeing this thread pop up over on the left-hand side of our front page?

For anyone who doesn’t read the boards, the rapper was interviewed by XXLMag.com last Friday (14 Mar) on various subjects – among them the continuing presidential race in the US.

Before that though, XXL asked DMX about what he’s been doing since the release of his last new studio album Year of the Dog… Again in 2006.

“Life,” replied the Baltimore-born rapper, real name Earl Simmons; “I been up to that. It’s been crazy. Fuckin’ police keep on fuckin’ raiding my house and shit for nothing.

“They took all my fuckin’ guns.”

That’ll be the guns, then.

On, to the presidential race and the very real possibility that a black man may be elected to run what’s probably still the world’s most powerful country for the first time, like, ever 'n' shit.

While DrownedinSound isn’t suggesting that DMX has to have an opinion of any kind on the sole basis that he too is a black male, you’d expect the man to at least know the names of the prospective candidates. Surely? No? OK.

Again, the following exchange is taken straight from the article at XXLMag.com.

Are you following the presidential race?
Not at all.

You’re not? You know there’s a Black guy running, Barack Obama and then there’s Hillary Clinton.
His name is Barack?!

Barack.
What the fuck is a Barack?! Barack Obama. Where he from, Africa?

Yeah, his dad is from Kenya.
Barack Obama?

Yeah.
What the fuck?! That ain’t no fuckin’ name, yo. That ain’t that nigga’s name. You can’t be serious. Barack Obama. Get the fuck outta here.

You’re telling me you haven’t heard about him before.
I ain’t really paying much attention.

I mean, it’s pretty big if a Black…
Wow, Barack! The nigga’s name is Barack. Barack? Nigga named Barack Obama. What the fuck, man?! Is he serious? That ain’t his fuckin’ name. Ima tell this nigga when I see him, “Stop that bullshit. Stop that bullshit” [laughs] “That ain’t your fuckin’ name.” Your momma ain’t name you no damn Barack.

So you’re not following the race. You can’t vote right?
Nope.

Is that why you’re not following it?
No, because it’s just—it doesn’t matter. They’re gonna do what they’re gonna do. It doesn’t really make a difference. These are the last years.

But it would be pretty big if we had a first Black president. That would be huge.
I mean, I guess…. What, they gon’ give a dog a bone? There you go. Ooh, we have a Black president now. They should’ve done that shit a long time ago, we wouldn’t be in the fuckin’ position we in now. With world war coming up right now. They done fucked this shit up then give it to the Black people, ‘Here you take it. Take my mess.’

DMX plans to release a pair of new albums later this year, both Walk With Me Now and You’ll Fly With Me Later will arrive through Bodog Music.