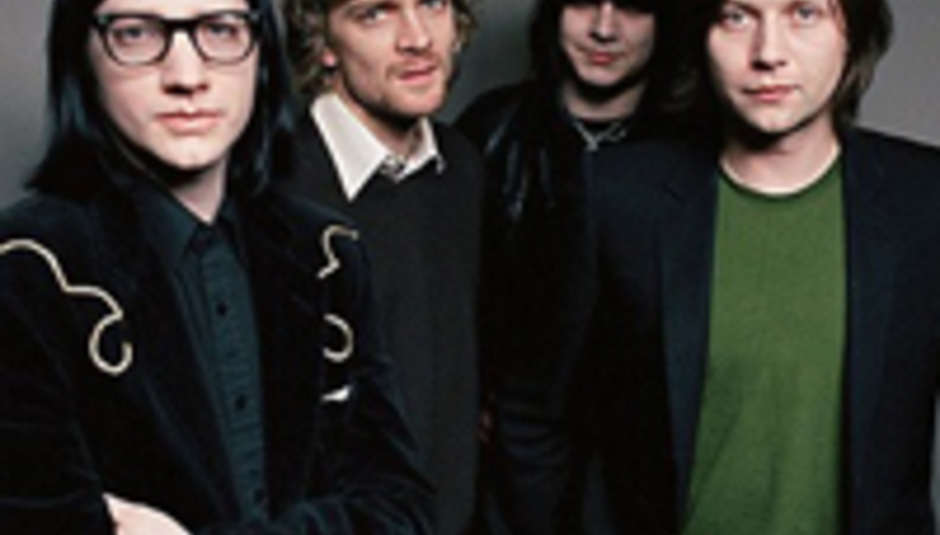 Shooting a withering glance the way of Radiohead-suckling distro-spods, the real men of The Raconteurs have returned with a new full-length and a way of doing things to show that, with a little bit of restraint and a handle on that flapping jaw, a surprise can still be sprung on pesky illegal downloaders.

The band will release new album Consolers of the Lonely in a week’s time – that’s Tuesday, the 25th of March – everywhere.

“‘Album’ meaning: full length vinyl, CD and digital formats,” begins a note from the Jack White and Brendan Benson-lead quartet; “and ‘everywhere’ meaning: local mom and pop Indie retailers, corporate superstores, supermarkets, iTunes, Amazon, the band’s own website and any other location that could get the record up and going this quickly (some places couldn’t move this fast, so they will join in as soon as they can).”

Containing 14 tracks, Consolers of the Lonely will be released globally through Third Man Records, with XL and Warner Brothers handling marketing and distribution. There’s been no need for the former thus far – apart from the time spent devising this eye-grabbing stunt, of course – as the band haven’t done any press for the new record.

The element of surprise is worth more than a few minutes with a horde of typically simpering hacks it seems. The band’s note continues below:

“The album was mastered and completed in the first week of March. It was then taken immediately to a vinyl pressing plant. Then to a CD pressing plant. Then preparations to sell it digitally began. March 25th became the soonest date to have it available in EVERY FORMAT AT ONCE.”

The band wanted to “get this record to fans, the press, radio etc., all at the EXACT SAME TIME so that no one has an upper hand on anyone else regarding its availability, reception or perception.”

A video for the first single ‘Salute Your Solution’ will be posted on the internet on the 25th, too. “We just filmed it the other day!” they burble, excitedly.

“We hope not to confuse anyone with too many options, or deny them the formats that they like best. The Raconteurs feel very strongly that music has worth and should be treated as such. Thank you to all those who respect music in this fashion, and thank you to our label partners for working with us to get this album to fans in as many formats as possible all at once.

“Thank you, and we hope that you enjoy Consolers Of The Lonely.