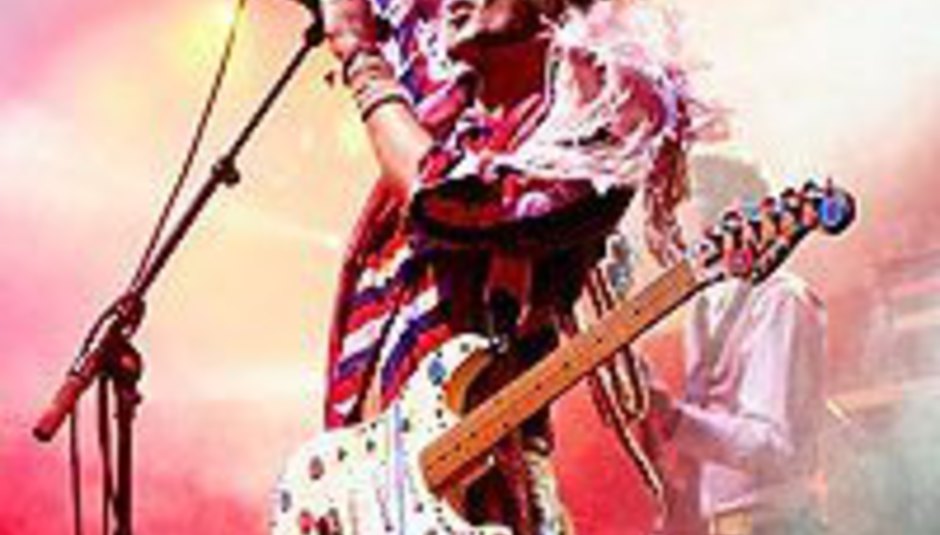 The first raft of acts have been confirmed for this year’s Summer Sundae Weekender in Leicester.

Supergrass, Of Montreal (pictured) and Simian Mobile Disco are among those who’ll be appearing at De Montfort Hall and Gardens from the 8th ‘til the 9th of August.

Other action comes in the form of an acoustic set from The Coral, while Roisin Murphy, Whitest Boy Alive and Jeffrey Lewis also feature; Lightspeed Champion thankfully around to fanboy the latter.

Early bird tickets for the festival, which runs in association with BBC 6Music, are still available at a cost of £85 (adult; £90 plus camping, £114.50 plus child, £119.50 plus child and camping, £144 plus two children, £149 plus two children and camping – in conclusion, don’t bring children to a music festival, the music is too loud and they’ll only get scared and confused) but only until the 7th of March.

An official launch show will take place at Leicester venue the Firebug this Saturday, featuring live performances from Envy and Other Sins, Kyte, Johnny Foreigner and Tired Irie. Tickets are just £2.