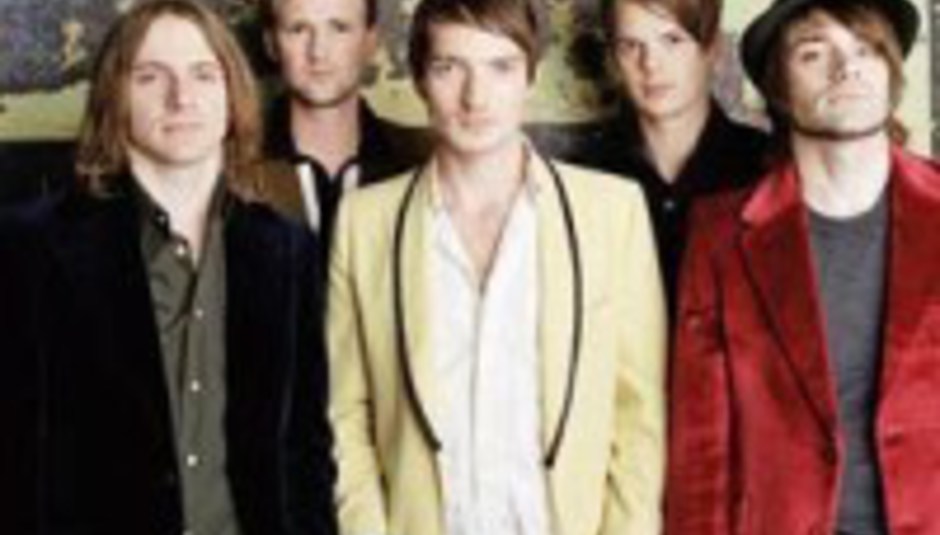 Chart round-up: once more, with The Feeling

A lot of people might try and tell you Duffy’s number one-ranked single 'Mercy' is sexy, and that may very well be the case, providing of course your idea of ‘sexy’ involves Lulu’s aged, piss-reeking husk being wheeled out for a rendition of 'Relight My Fire' at Take That’s much-maligned 2023 reunion.

Oh well, at least Kylie’s latest is a funky house offering that’s a whole lot easier to get along with than damp squib-of-a-lead-single ‘2 Hearts’, but then again we’re not exactly breaking new ground here. Also loses points for trying to pre-empt the listener’s response: as it turns out, ‘Wow’ fails to draw breath at five.

Ronson and Winehouse ride high on the back of their performance at the BRITs last week with 'Valerie' up nine places to 13. And Ronson’s really putting the moves on the record buying public this week, it seems, with ‘Just’ at 31 and ‘Stop Me’ making a reappearance at 51. What Ronson doesn’t know is I’m wearing a rape alarm.

Even on a good day Timbaland’s unfeasibly smug just lately, and ‘Scream’ definitely represents a good day, up eight places to 20 this week. It’s a song about fucking, whichever way you slice it. Flo Rida feat T-pain do their bit for rap relations with the tedious booty-ogling of ‘Low’ at 22 from 40, while Taio Cruz pokes a sweaty head over the parapet at 23 with ‘Come On Girl’ which is not so much an exhortation as a declaration of dribbling intent. People sure like fucking, it would seem.

The prop-ah talent’s bubbling under the top 40 this week, with Foals’ ‘Cassius’ in at 47 on download sales and Nick Cave’s louche and really-rather-thrilling ‘DIG, LAZARUS, DIG!!!’ a new entry at 66.

Now let’s talk about albums. The Feeling (#1, Join With Us) are one of those guilty pleasures in life, you know, like Trisha repeats, Ben & Jerry’s ice cream, checking The Sun for the latest spurious lead on the Maddie McCann case... They’re basically OK guys, OK? Just leave them alone.

Elsewhere Winehouse and Ronson clean up yet again, El Wino’s steamrollering Back To Black Deluxe Edition swooshing 11 places up to three while the paupers’ edition grins toothlessly at 12, and the artistic other 'alf sits pretty at four with Version.

Sheryl Crow takes the long way around with Detours in at 20, while Morrissey’s ignominious slide to 31 from five might even be enough to wipe that smug expression of his face on the cover of his ill-conceived Greatest Hits. Then again, maybe not...