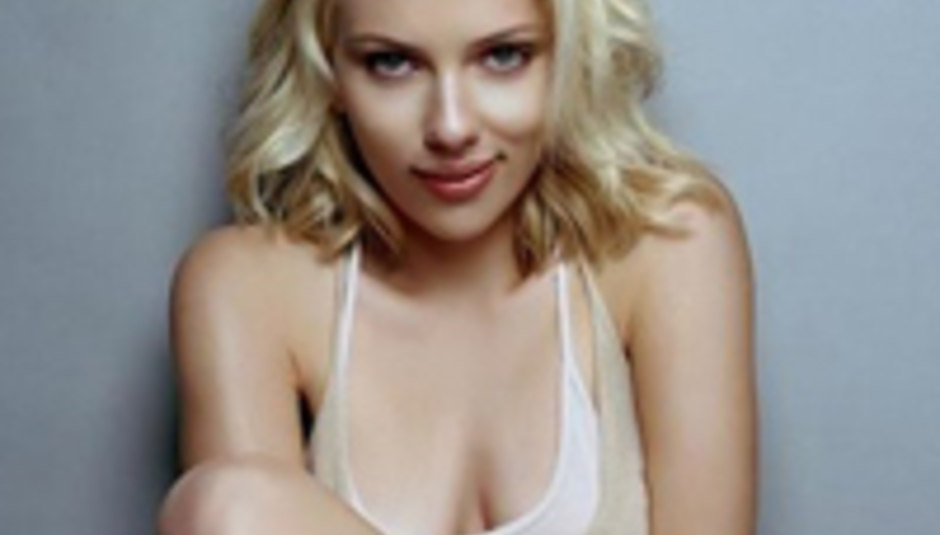 'I first realised I was a sexual being listening to David Bowie': Scarlett talks up new record

Scarlett Johansson has been talking to the Telegraph about her forthcoming Tom Waits covers album.

Yes, more chatter – the record we previously declared to feature contributions from David Bowie, Yeah Yeah Yeahs and Celebration amongst others, will also include “a hand-wound music box, massed banjos, birdsong and the choral chirruping of detuned crickets.”

“The first time I heard her singing voice emerge from the speakers, I thought I was listening to a guy. Her voice is very low, shaky and has about two notes in it. Think Nico, backed by the Flaming Lips. On acid. Johansson has made a seriously weird record.”

Apparently she considered making that record one of “torch songs and Cole Porter standards,” but settled on Waits because she “just love[s] his songs”.

The result finds McCormick supposing that “if you didn't know this was a movie-star album, you might think it was some cultish psychedelic Americana outfit in the vein of Mercury Rev.

“It is a lush, dreamy, cinemascopic production, in which Johansson's often expressionless vocals are just another off-kilter element, layer upon layer of mistreated sound.”

Conversation turns back to Johansson, who describes working with producer Dave Sitek as "magical" before sharing her feelings on working with Bowie – ‘feelings’.

"I first realised I was a sexual being listening to David Bowie, like, oh my God, what are these tingling feelings?"

We’re sure the indie-rock fraternity will be reliving those feelings themselves come the album’s release in May, regardless of the album’s quality.