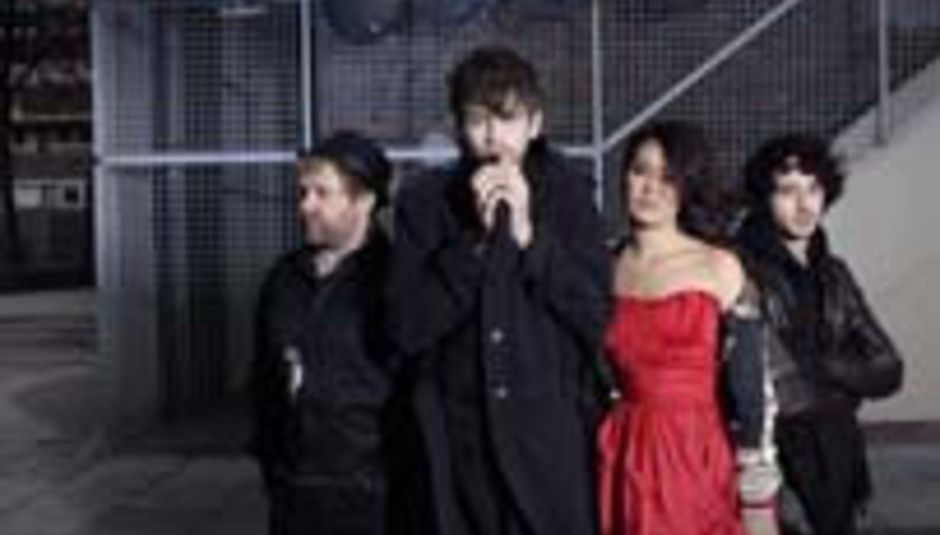 As you may already know, Guillemots are to release a new album in March. Red is the band’s second – you weren’t already aware? Click, dunce.

To fill the desperate space in between now and then, the band have put together a track-by-track guide to their new record, to conjure strange images in your head of George Michael and R’n’B Chinese cartoon music and Roy Orbsion and Stazzy bells, and a hot summer in love.

‘Big Dog’
Arista: This track is our take (at present) on contemporary R&B meets Prince and George Michael at a Justin Timberlake LA studio party.

‘Falling Out of Reach’
Greig: I like to think it sounds like it could come from the Jimmy Cliff record or film soundtrack The Harder they Come. Conjures up for me, a hot summer to fall in love.

‘Get Over It’
MC Lord Magrao: We spent some time on this one trying to make It sound modern without losing the classic feel. I guess it's about teenage frustration that we all go through at one point.

‘Last Kiss’
Arista: Began in a late night jam session that Greig, MC and I recorded amateur style onto a laptop. We kept the original drums and vocals and made it into a medieval sounding dance track with ‘Toxic’ (Ms Spears) inspired strings.

‘Cockateels’
Fyfe: The Bollywood discotheque that Greig visits each night when he's asleep.

‘Words’
MC Lord Magrao: We have being playing this song for a while now. It's one of my favourites on the album. I remember the first time I heard it at home by myself at night, After we'd finished, I almost cried. Ida's vocals give a different texture on the words. Simply beautiful.

‘Standing On the Last Star’
Greig: Drum machine cowbell rhythm over a Johnny Marr type riff and a sweet melody sung like Roy Orbison. Also has my favourite lyrical line on the album "someone has left the taps on in the sky”.

‘Don't Look Down’
MC Lord Magrao: This one was really exciting to work on. We went through lots of different aspects during the process of recording and mixing and finally we got what we wanted out of it. Amazing drumming by Greig.

‘Take Me Home’
Greig: Featuring Stazzy Bells on Drums aka Aristazabal Hawkes. A lament about the battle between head and heart.

This band aren’t one of those all mouth no action types – there are gigs too, detailed below.