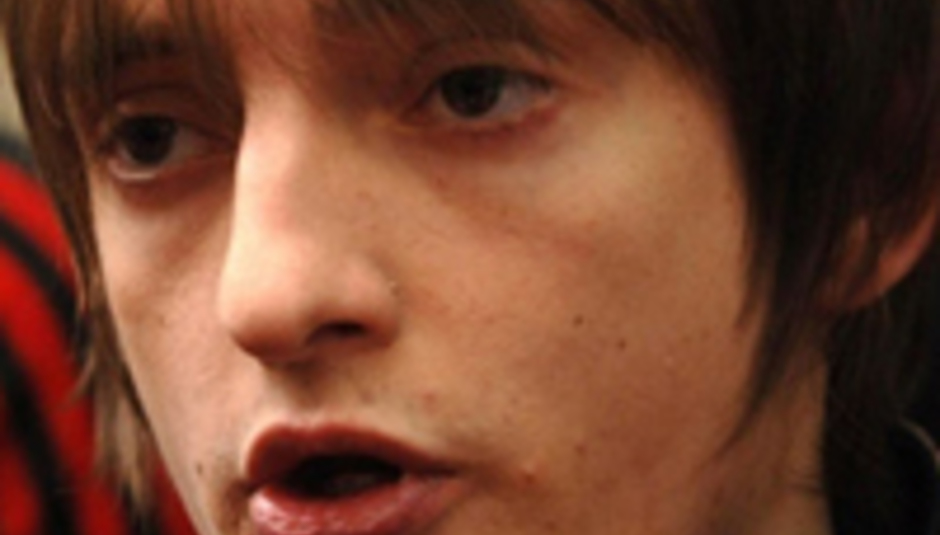 The Enemy's Tom Clarke has been flapping his jaw in the direction of Arctic Monkeys who won the South Bank award for best pop album this week. Meanwhile, Max has had a falling out and left the Kooks and the Wombats have announced a huge show at the Royal Albert Hall.

We recently caught up with a few of our bezzies down the local Greyhound for curry night after work. We wuz jus sinkin a coupla pints and eyein’ up the right nice bitar stuff who goes round collectin glasses n tha’, when who’d I see but that jumped up little fuhk Alex Turner.

Tom ‘ates Alex. He used to like ‘em, he looked up to Alex like a little brother, but then they moved dahn south and started getting poncey like, not bovverin’ to talk abaht kebabs and stella like wes duz. He won some poncey art award t’other night too. Souf bank show or summat. Poof.

“That first video that was out, y’know, I looked at that and I thought; ‘There’s a bunch of working class lads from a proper town playing a tune like they mean it.’”

“It was quality and I went out and bought the first album and I thought it was top – some really good songs on there. And then I was bitterly disappointed when I got the second – just dull.”

Yeah, fuckin shit it wuz, too right Tom. S'alright, though, 'cause them Wombats have got themselves a gig at Royal Albert Hall. They won't forget their roots. Cud they? Nah, yur avin a laff. Three cheers lads, yuh lucky gets.

Ey up, Max. Y’alright? Ya wah? What d’you mean you left the band? Jesus mate, better go and get yourself cleaned up. I’ll get you a drink in.

Max used to rock the bass for the Kooks. Proper big, they are, even if they’re a bit poncey too. We still like him though. Anyone who supports the Stones’s gotta be OK, enit?