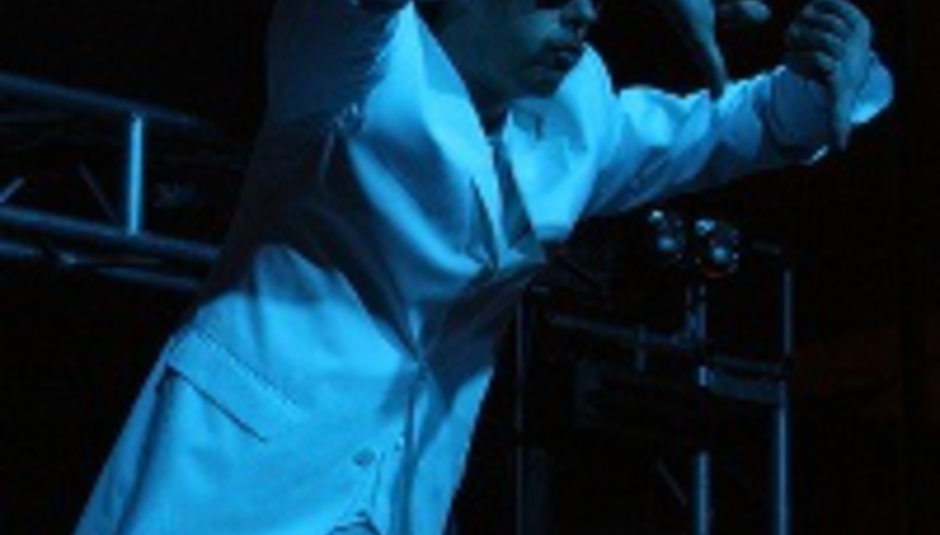 Liers: ‘Its a week till our first show and Angus can't feed himself’

Liars forthcoming tour of the United States is in jeopardy after frontman Angus Andrew put his back out while at home in LA.

Someone in the band, though presumably not Andrew himself who’s currently bed/couch-ridden, revealed the injury in a MySpace ‘blog posting entitled Supported Despite Lack Of Buttress.

“As Angus stooped to retrieve a tiny pillow from the couch in his LA home a seismic bolt tore through the fabric of his lower back rendering him immobile on the living room floor. When Jarrett arrived, Angus was face down in spasms. He alerted Aaron and Julian then sped to Rite-Aid for drugs and heat packs.

“When Julian arrived Angus was face down near the bathroom, apparently trying to urinate. Julian fetched a large soda cup and suggested the alternative. He then offered to stay the night and take on all nursing duties. Having fed the patient on the floor and set up his living space Angus became adamant Julian go home to bed.

“In the morning when Aaron arrived Angus was on his back on the floor of the living room. Aaron emptied the 2 large soda cups and they talked about Lorimer St in Brooklyn where the injury first occurred. Jarrett came in with breakfast and talk turned to tour. Its a week till our first show and Angus can't feed himself.”

Worrying times. The band’s first show is scheduled for this Friday, at Slim’s in San Francisco with No Age. Get well.