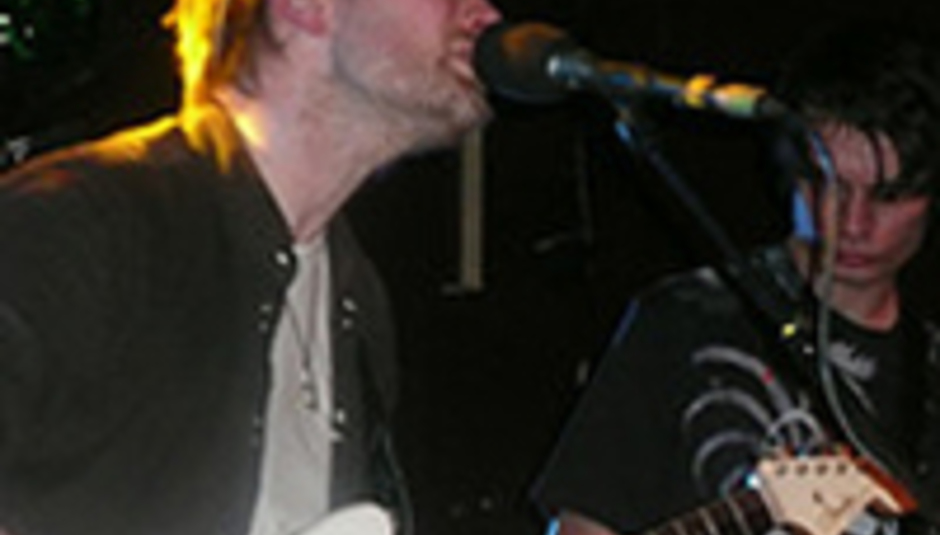 Watch, read: all the action from Radiohead @ 93 Ft East

As events unfolded and queues swelled the venue was switched after police concerns over the safety arrangements, from the Rough Trade store in Dray Walk to 93 Feet East on Brick Lane’s main ‘stretch’.

This meant the set’s start time was pushed back from 8pm, the band eventually taking to the stage at around 10.20pm for those in the room and the audience watching the performance unravel on a live webcast.

Unable to get there ourselves, we managed to barter this eyewitness - gasp! - account from DiS message boarder Claire Roberts.

"I only got there at 6pm and managed to wrangle my way in with a combination of two friends at the front of the queue and some extremely heavy flirting with the bouncers. I would feel bad but seeing as it was one of the best nights I can remember of my short life I'm not going to lose any sleep over it. (I'm so tired of trying to justify myself for doing this, if anyone had the opportunity to see their favourite band in an extremely intimate venue, a once in a lifetime type thing I refuse point blank to believe they would pass up that opportunity because it might upset someone else. You have to be selfish sometimes when it comes to stuff you love.)

"The moving [from Rough Trade to 93 Feet East] was the most depressing part anyway. The people who had been at the front of the queue since the early hours of the morning no longer seemed to matter as the crowd just piled into the grounds of 93 feet East. That was what probably pissed everyone off most about the whole thing, the order which everyone had been accustumed to for the past five plus hours had just turned to shit. It was really annoying.

"But yeah, the actual gig. It was just immensely perfect. I came close to tears twice, which I have never had happen to me at a gig before. Everyone's spirits were high despite the fact that we had been fucked about earlier on with venue moving. All of the things that had gone wrong just seemed to melt away as soon as the first note was played on '15 Step'. Without a doubt the greatest gig I have ever been to, listening to In Rainbows on my way into work this morning sent shivers down my spine. I just feel lucky."

Unsatiated? Watch the entire show below, as Radiohead rattle and hum their way through the entirety of In Rainbows in chronological order to a few hundred people, before delving into their not incosiderable past for a five-song encore.


‘You and Whose Army’