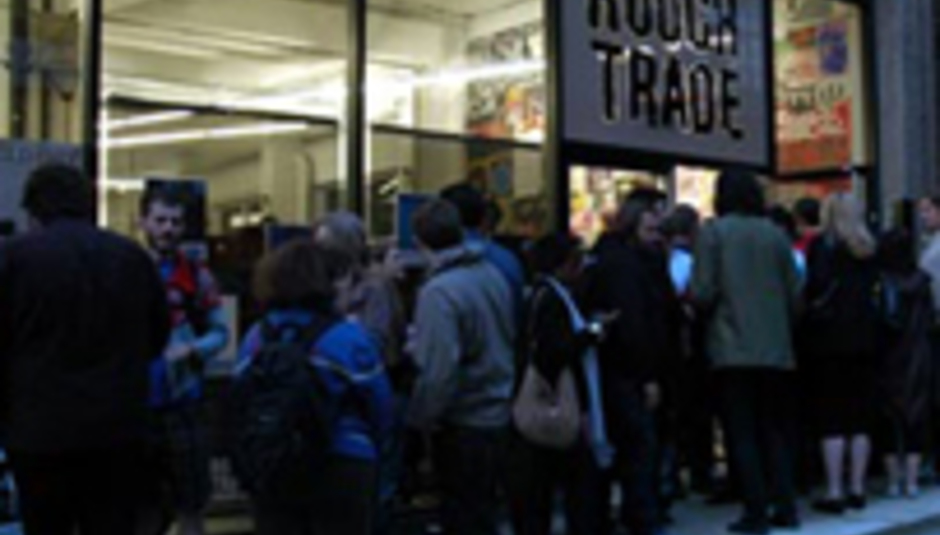 Following in the footsteps of such luminaries as HEALTH and Operator Please, Radiohead will play a free show tonight at Rough Trade East, just off Brick Lane in east London.

The band revealed the news this morning on their website - communiqué recreated below:

So, we've got a small gig tonight.

It's in London at the Rough Trade East shop on Brick Lane, and we're planning to play a short set of in rainbows material. It's very limited free entry, first come first served. Also, as it might be a little uncomfortable for anyone queuing early, they're planning a numbering system so people at the front of any queue can get snacks and toilet breaks in the store. Good bagels round there. But dress warm...doors won't open until 7, and we'll play at about 8.

For those who can't get in - and it's pretty small in there - we'll have some screens and speakers outside, if we're allowed. I think we are. And we'll also webcast it. I'll put the link up here, as well as any other info, later today.

Hope you can make it - should be....interesting. Us being us, we're taking far too many instruments.....

That tells you pretty much all you need to know – latest word is that queues have already formed, so if this is the first you know of this, better hustle.

And now, a selection of comments from the silver-tongued patrons of the Drowned in Sound message boards.

who cares about going to a free intimate gig, I've paid £50 (plus a £100 air fare) to see them in a bug field in June, IN YOUR FACE JASMINE_SO_CALLED_PEARSON. IN YOUR FACE!

When i think about it

It’s not worth it.

You’ll spend so long watching fuckheads walk to the front going ‘Oh, is this the queue? excuse me while I hover checking my phone long enough so you think I was there all the time’, and wanting to take an axe to the head of everyone there that by the time Radiohead come out they’ll have to solve the Middle East Crisis to make it all worthwhile.