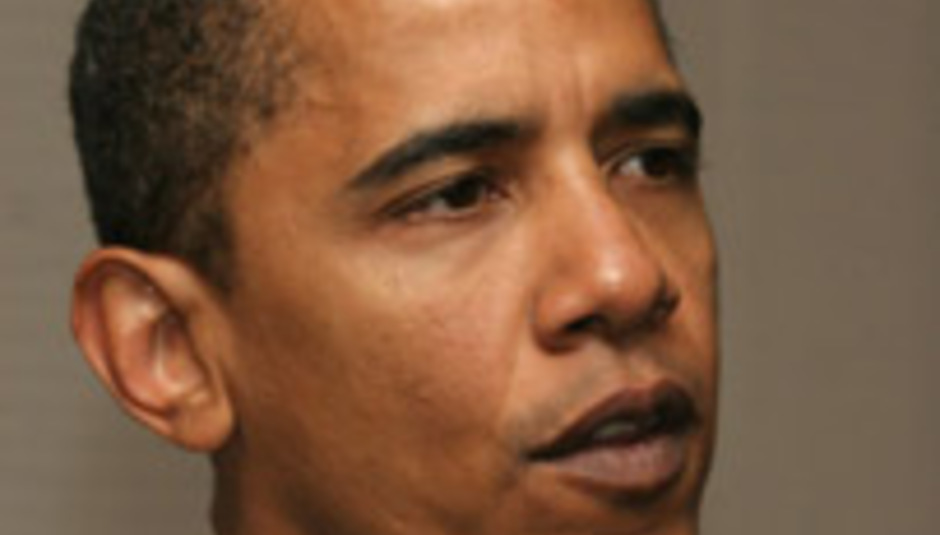 Brrrap Obama: Barack's down with hip-hop

Democratic Presidential candidate Barack Obama has spoken of his love of rap music as he bids to lead his party to victory in this year’s US elections.

Wise enough to realise that taking on hip-hop would probably be an unwinnable war (click), Obama has hailed the likes of Kanye West and Jay-Z as he treks along the campaign trail, telling American TV viewers:

"I’ve met with Jay-Z; I’ve met with Kanye. And I’ve talked to other artists about how potentially to bridge that gap. I think the potential for them to deliver a message of extraordinary power that gets people thinking (is massive)."

He did, though, take the time to raise an eyebrow at the rap games’ fixation with hos and bling.

"There are times, even on the artists I’ve named, the artists that I love, that there is a message that’s sometimes degrading to women, uses the N-word a little too frequently.

"But also something that I’m really concerned about is (they’re) always talking about material things about how I can get something; more money, more cars."