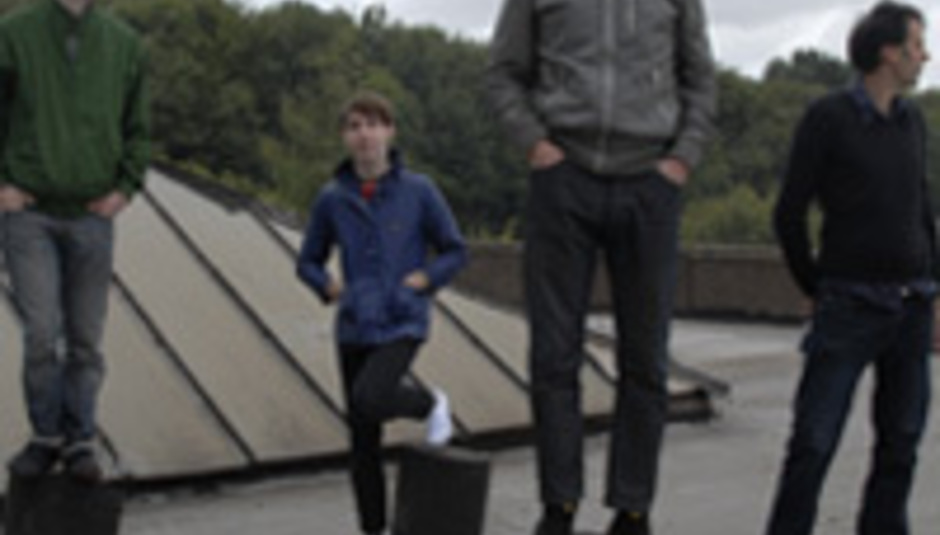 Glasgow’s Correcto have returned eager in 2008, back already with a video for their latest single.

The quartet’s led by long-time pairing Danny Saunders and Richard Wright and features Franz Ferdinand’s Paul Thomson as well as Patrick Doyle of recently-defunct The Royal We.

This, the follow-up to November’s ‘Joni’, is the act’s second single for Domino; reprising the Edwyn-Collins-excited-while-listening-to-the-Buzzocks sound the band seem to favour, but this time setting it in stark monochrome rather than the sepia of ‘Joni’s home-video montage.

‘Do It Better’ is released on the 11th of February, a fortnight before the scheduled arrival of the band’s self-titled debut full-length on the 25th. Read our DiScover article here.