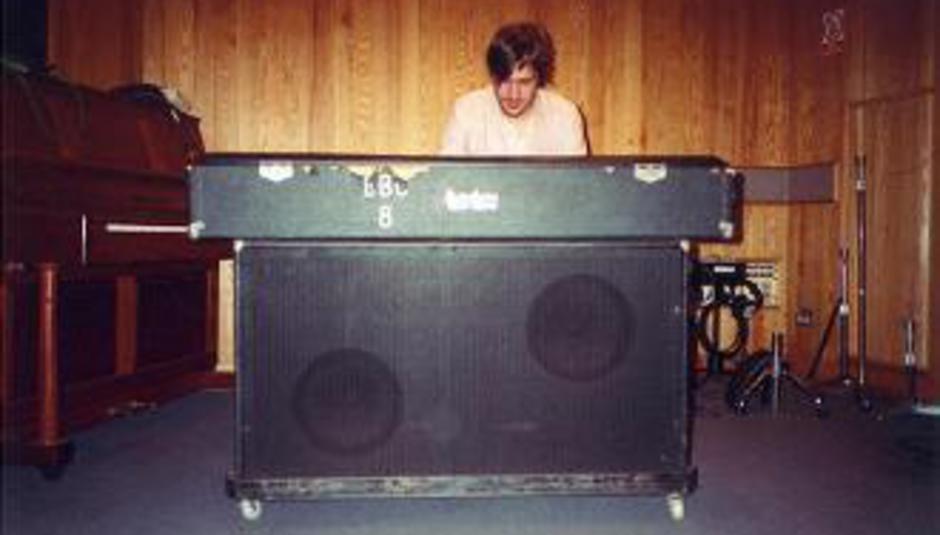 "John Maus is a maniac on a bloody crusade; a tortured evangelist on a mercenary quest to rid our world of villainous defilers of The Gospel of True Love.”

Ariel Pink seems to have the inside line on band-mate and friend John Maus. Appearing recently in Sheffield, Maus did a let’s-not-go-there-again as his vicious howl, presumably the one lurking on recent album track ‘Too Much Money’, caused the venue's roof to cave in.

Maus’s feat at the Shakespeare was witnessed and is recalled below by DiS user Lewis Gordon, whose Gossamer Albatross were also on the bill along with Held By Hands:

“Basically his live show consisted of him dancing like an absolute nutjob and warbling into his mic that was put through a delay box. It was kinda creepy weird synth pop but really cool.

“Anyway at the end of his set he unleashed this monumental scream right in front of the first row of people. Geena, our cellist was quite frightened.

“At that point though some of the ceiling came down just as he was unleashing this beast of a scream and all that was left was a massive plume of dust and a bunch of rubble on the ground. Then the venue got arsey and he finished his set.

“It was fucking awesome. Oh, and he'd lost his voice.”

Maus, as well as fellow Upset the Rhythm cohorts Gowns, have tour dates outstanding in the lead-up to the ace-face label’s Christmas party at Gramaphone in London on Monday (17 Dec).

Get tickets for that show, which also features Brighton’s fantastic the Sticks, here for a fiver. Otherwise, there are dual itineraries - check below:

Read our recent review of Maus’s Love Is Real longplayer here. We put the question again - is John Maus a divine entity?