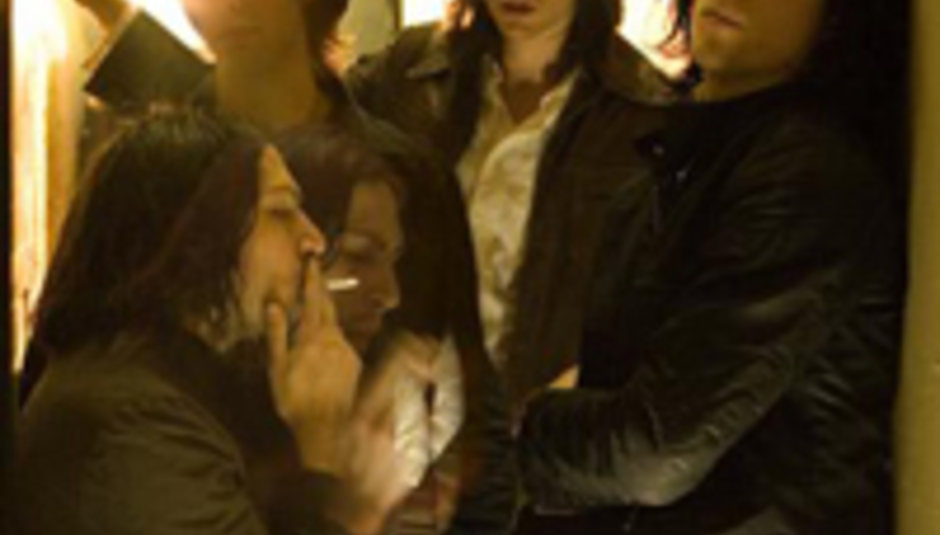 Aaron North and Michael Schuman have joined forces to form a new band.

Jubilee is the name of the new vessel that North, (Icarus Line, Nine Inch Nails), and Schuman (Queens of the Stone Age, Wires on Fire), will sail in; along with other Wires on Fire member Evan Weiss and The Willowz’ drummer Loren Shane Humphrey.

The band got together recently following, it seems, Nine Inch Nails mainman Trent Reznor’s decision to disband the group’s latest line-up. With North freed up, the four got together to create what the press release describes as something sounding like “The Replacements, The Stone Roses, Neil Young, Blur, Jane’s Addiction, Bob Dylan, Creedence Clearwater Revival, and The Verve.

“Make no mistake though,” it continues, “like with all reference points, they’re just a guide, Jubilee have sliced, diced and distilled into a ROCK band. Oh yes. This isn’t just a side-project, supergroup or any of that crap, this is a REAL rock band!”

Debut single ‘Rebel Hiss’ will be released through North’s Buddyhead imprint on the 21st of January; on CD and two vinyl formats – one a limited tour 7”.

Other drummers have guested on the singles and the album – other than Loren Shane Humphrey, Joshes Homme (QOTSA) and Freese (Devo, Perfect Circle, NIN) and the incredible Carla Azar of Autolux have hit sticks.