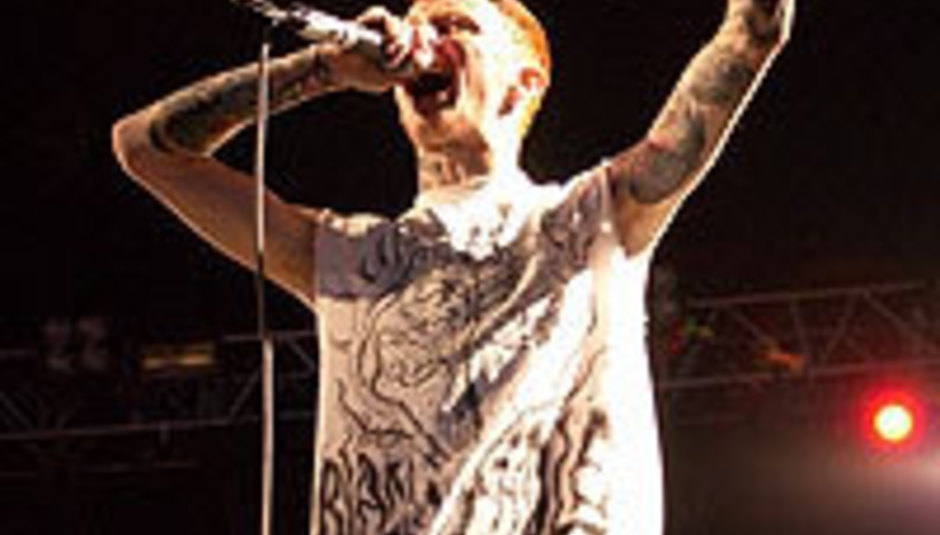 Gallows have announced a series of live shows to take place in the new year.

The lairy lot have enlisted some stellar support, too - Fucked Up the cream on a crop featuring Set Your Goals and SSS.

"We're stoked with the line-up for the next UK tour," reckons guitarist Laurent Barnard. "Liverpool's thrash kings SSS, our Canadian friends Fucked Up and posi crew Set Your Goals are bands we're all huge fans of and when you come to the shows you'll know why."

Gallows will be talking DiS through their last year together in an interview due to run soon. Expect drummer Lee to be saying things like:

"Christmas last year, we were playing a show in Norwich in the back of a bar to, like, 50 kids. And it got cut short after three songs, and it was freezing cold. And now, a year later, here we are sitting at Brixton Academy, and we’ve toured the world. In a year! So, it’s been good..."

Yes it has, you lucky, lucky man.