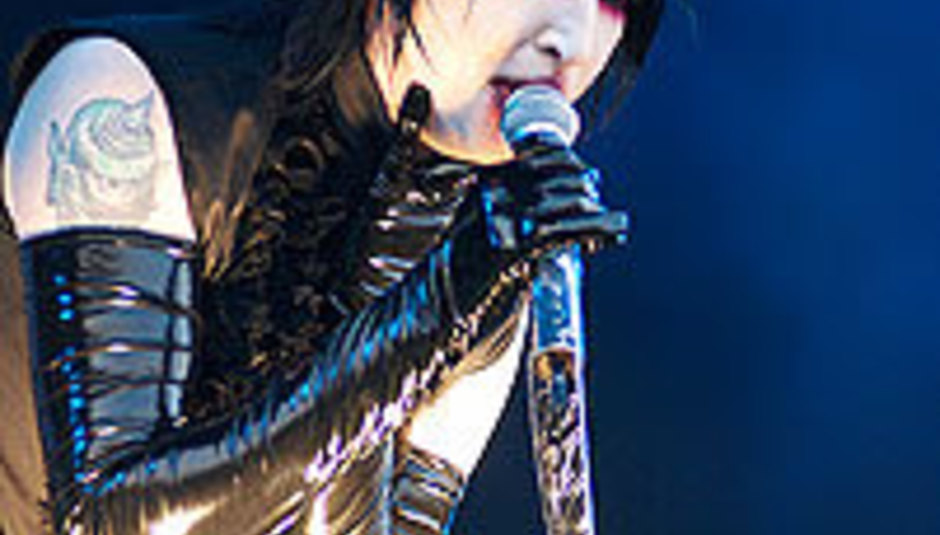 Marilyn Manson is being sued by former keyboardist Wayne Gacy, who’s arguing that the oddball took his wages and spent them on furniture made out of dead people.

Reluctant, apparently, to share the band’s trappings, Gacy – real name Stephen Bier - alleges that Manson splashed the cash on skeletons. And also a chandelier made from human bones and African masks made from human skin. We hope he kept the receipts.

As well as loosening the purse strings for the “sick and disgusting” purchases, Bier calls out Manson, birth name Brian Warner, for paying Evan Rachel Wood “the highest salary ever paid to any actress in any music video in history”.

Wood, who starred in the promo for ‘Heart Shaped Glasses’ that was shot and released earlier in spring, has since become Warner’s girlfriend.

Gacy is suing for what he believes he’s owed for the 20 years of service. The singer is yet to comment, but in his defence when you’re Marilyn Manson you need to keep your weird up to speed.