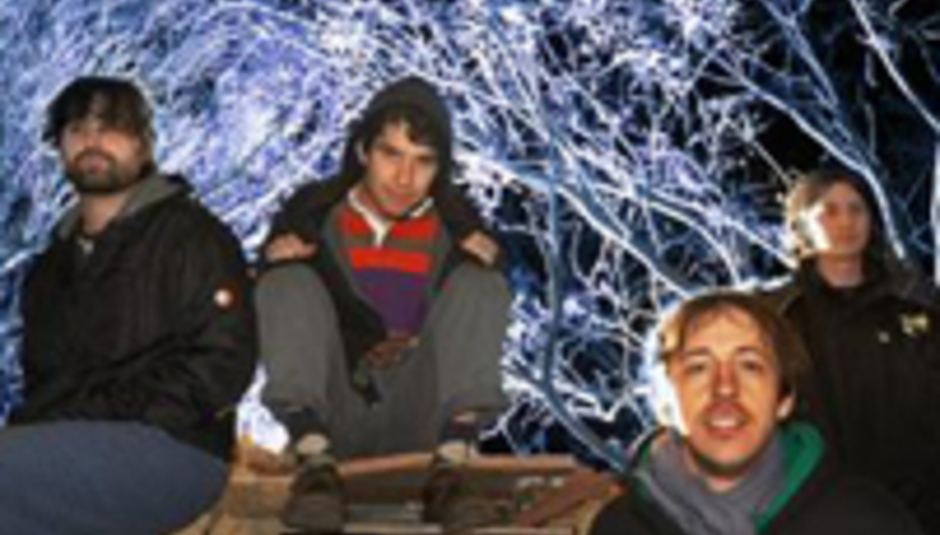 New material and lots more on the way from Animal Collective

Not content with releasing two of the albums of the year - keep voting, proles – and DiS’s first ever single of the week, Avey Tare, Panda Bear, Deakin and Geologist are busy refilling their treasure chest and our aural serotonin stocks.

Speaking to the act’s message board, Tare revealed that 2008 would see:
A new EP;
the much-mooted live LP box set;
a BBC session;
a return to the recording studio;
and more European dates.

The EP will include songs written around the time of Strawberry Jam’s release, ‘Street Flash’ mentioned by name. It’s currently being mixed at the Rare Book Room in Brooklyn by Nicholas Vernhes (Fischerspooner, Blood on the Wall, Black Dice); looking for a spring arrival.

Talked about since Summer 2006, the live box set is nearing completion. Tare, again: "plans to start working on the artwork for the 3 lp box are underway...so hopefully it wont be much longer on that." It will be out through Catsup Plate when it’s eventually done.

There’s no word yet on what might result from it, but the band will be making a return to the recording studio early next year, apparently. Pitchfork reports that they "are excited about it and that yes, we are trying to record near the beach!".

Heinously, we are unsure as to what previous Animal Collective records have been made by a beach, but so disorientated is the timeline the band perform and record by we’re letting ourselves off. And, following on from this and this, BBC live session versions of ‘Chores’ and ‘For Reverend Green’ from 2005, news that the band will work again with the BBC to broadcast “most recent live versions” of ‘Doggy’, ‘Hey Light’ and ‘two newer jams” should at least inform you with a sense of prescience.

The band, as ever, plan to tour Europe with their ever-evolving set at as yet unspecified points in 2008.