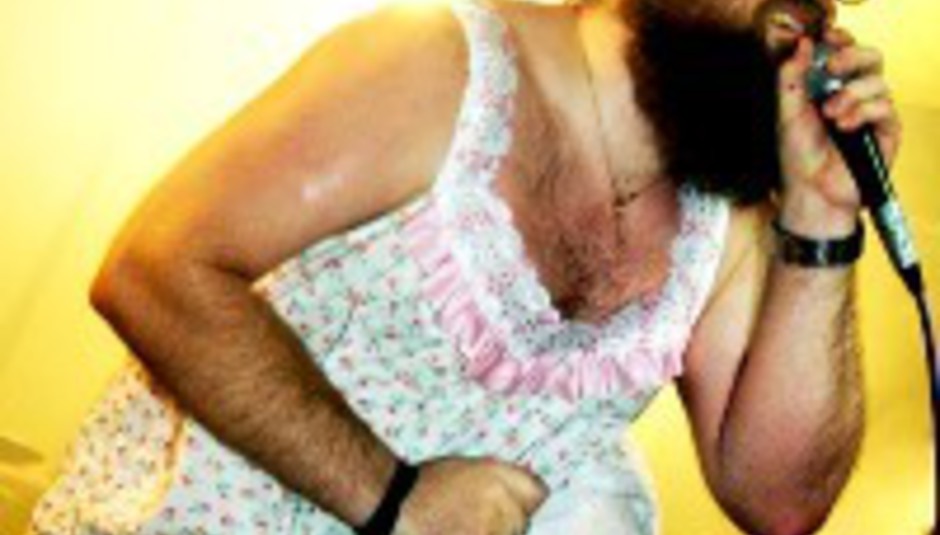 From the outside, at least, it seems as if there are a lot worse places a person could live than in the mind of Les Savy Fav frontman Tim Harrington.

It’s a good thing for us that that mind has social tendencies. At the band’s Scala show last month the charisma-ridden chap managed to take amiable to extremes, wantonly invade DiS’s personal space and make us cheer inbreeding without ever coming over like a twat.

But what if one day, a switch flicked. Harrington, with his size, imagination and disregard for inhibition, would make a quite excellent serial killer. News… now, in an advert for US charity ‘Nothing But Nets’, that's exactly he is.

Resplendent in an utterly ridiculous mosquito costume, Harrington buzzes around the offices and 'sidewalks' of Manhattan's financial district, annoying its populace.

"The moral of the story," spells out the press release, "they might just be a nuisance in America, but plenty of mosquitoes much more threatening than Harrington are roaming around Africa."

Video: Tim Harrington for Nothing But Nets