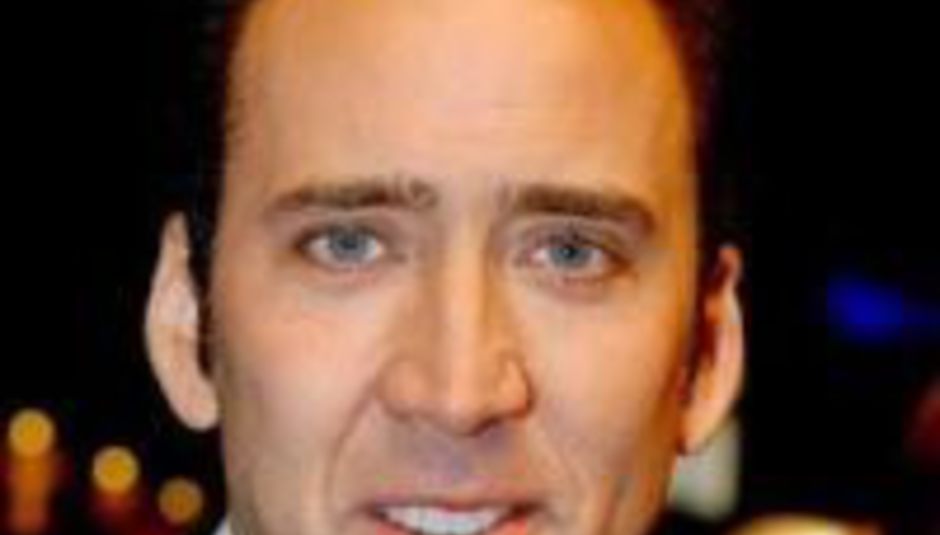 Chart round-up: not to be confused with the actor Nic Cage

National Treasure. No, not the undervalued Nic Cage matinée adventure flick, but the Elton John variety, as in (n) person/act that’s been around long enough for everyone’s critical faculties to suddenly stop functioning so their merit-free output/incoherent rambling/racist bile is tolerated or even approved as kooky and eccentric. It’s probably what Westlife think they’re becoming these days. The Irish emoticons didn’t even have the decency to make like other boybands and fuck off for a bit before coming back, they just managed to sustain a sort of career-long, low-level animosity which now sees them get to number three without anyone really caring. I won't even bother telling you what the song's called.

In other news, Koopa take their glossy punk for peabrains to #16 with ‘The Crash’, and Southampton bard Craig David tries some slick r’n’b on for size with a massive hand from David Bowie on ‘Hot Stuff’. Listen out for the titillating omitted word midway through: “Girl you makin' me hard what I'm feelin' / Especially when you spin around all up on my (OMITTED)”. What, then, is the deleted utterance on Craig’s lips? My money is on ‘exoskeleton’. Or ‘penis’, I dunno.

Not sure what your thoughts on Alicia Keys are, if you have any at all, but I always thought of her as a talented songwriter whose refusal to pander to the baser aspects of the contemporary r’n’b repertoire blinded her somewhat to the fact her songs are often a bit dull, and possibly to the fact her new single sounds like Black Eyed Peas’ ‘Where Is The Love?’. ‘No One’ goes in at number 26, one ahead of utter plank-spankers Eliot Minor, prattling their way through ‘The White One Is Evil’. If I could put a curse on them, I'd make it so they could only breathe inwards, which would mean they got massive really quickly and then died.

We quite like The Young Knives, honest we do, but new ditty ‘Terra Firma’ places them more firmly in the kind of brittle pastiche territory that regularly sees them written off as a comedy band, catchy though it sounds at number 43. Jaunty of guitar and estaury of English, you’d also have to be hard of hearing to appreciate One Night Only’s ‘’You And Me’. It opens with the couplet “People say I only hear what I want to / That much is true”, to which the correct answer, in time-honoured pop-crit fashion, is this: ‘sniiiii-ip’.

There comes a time in every man’s life when he tires of dissing shallow pop records and craves something of genuine substance. The album charts probably think they offer exactly that, but they don’t. That’s because the album charts are comprised largely of AOR toss. That'd be toss along the lines of Eagles, Robert Plant, Whitney Houston and Daniel O’Donnell (1, 4, 5 and 6 respectively).

The Backstreet Boys are back and apparently Unbreakable at 21 – we give them three months – while The Libertines’ best-of has an argument, splits up with itself and shoots up at number 23, and Avenged Sevenfold crash the dismal party with Avenged Sevenfold at 24. Ends.