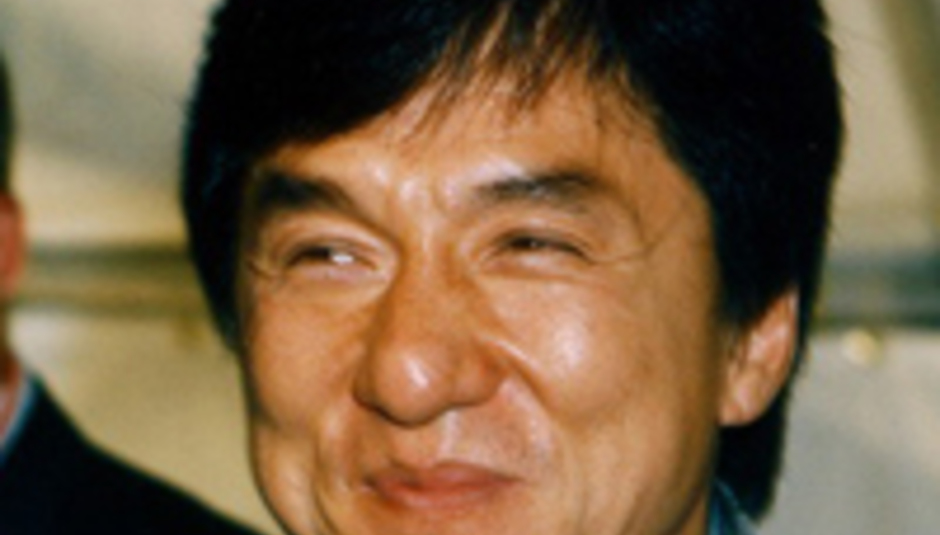 Limber Jackie Chan has been selected by the Chinese government to record the official song for the 2008 Beijing Olympic games.

The revelation came as Chan posted the from-the-blue bolt as a ‘blog on his official weblodge. T’ing.

The track’s called ‘We Are Ready’ and it took three hours to record – sung in Chinese, there are plans to record in English. Rest assured.

For now, a sample, as provided by the AP.

"Waiting year after year,” the chorus begins; “We can see into the future. Together with hard work and sweat, we've created the five different colours."

I don’t know what this means, but I do know the track was written by Peter Kam, whose track record is a proven one.

Other posts on his ‘blog describe the travails of recording and performing ‘We Are Ready’ - details emerge of sleepless nights agonising over unlearnt lyrics, unresolved technical issues and the fate of disabled co-stars.

“Today, I have to sing ‘We Are Ready’ live on stage and I feel very nervous because 1) I have to learn the lyrics by heart but I’m finding it hard to remember all the words in such a short period of time.

"2) sponsors for the event promised me that they would place a small television screen (somewhere) on the stage so the lyrics of the song could be shown on the screen for me, but now they say they can’t find a place to put it.

"3) I have been scheduled to perform the song alongside some disabled people in wheelchairs. I’m quite concerned for their safety because I don’t want to put them in any danger during the performance.”