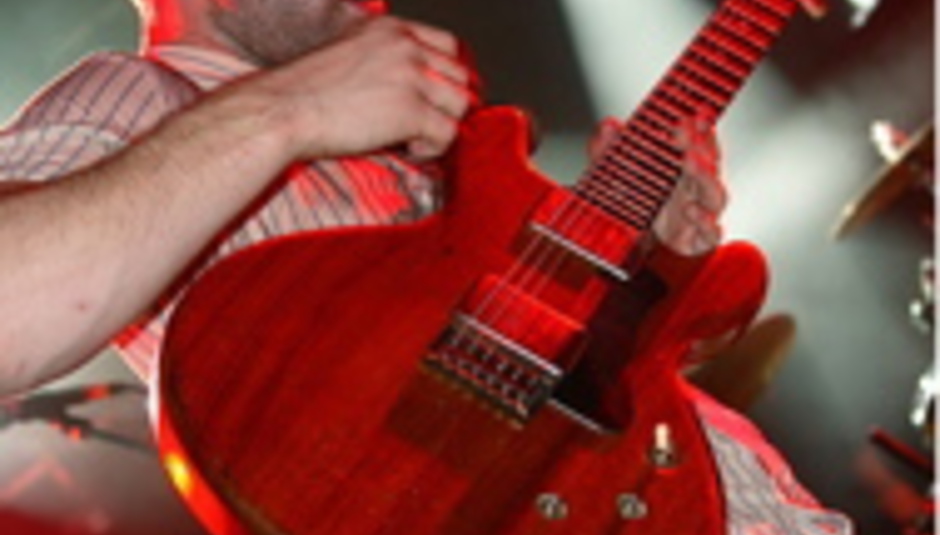 Foals have been forced to cancel tomorrow night's show in Glasgow and it's all the American embassy's fault.

The band's appointment with said embassy to "acquire work visas for our trip to new york next week has been rearranged at short notice to tomorrow morning," said keyboard player Edwin Congreave.

"...as the American embassy is as uncommunicative and disorganised as you'd probably expect, it could take anywhere between half an hour and, what - a week? - to actually be interviewed. So we're almost certain to miss the show. And so we're cancelling it. And so we're really sorry and fed up.

"People are still being fired. We're firing people at a rate of about three every hour at the moment, actually. diy4eva."

As for the remainder of the tour, Lancaster, Manchester, Oxford and Norwich shows are still on as planned; while dates in Wrexham and Carlisle have been rescheduled for early December.

It is hoped that Foals will be also able to visit Glasgow around this time.